The ASI CCD driver is available for download as a 3rd party driver from INDI's download page. Under Ubuntu, you can install it via:

The INDI control panel exposes data associated with the device and permits parameters to be set. In normal operation, higher level software, such as EKOS, will control the ASI Camera, but this document will utilise the INDI control panel GUI to explain the available features.

ZWO ASI cameras come with USB connectors. You may connect the cameras and accessories either directly to the PC via USB, or via a ZWO Camera onboard USB hub (if any). However, as a general rule of thumb, direct connection to PC is always more stable than through a hub.

The Main Control tab deals with the following parameters:

The General Info tab displays information about the driver:

The Options tab allows a number of parameters to be viewed and set.

The Image Settings tab allows parameters associated with the images taken by the device to be viewed and set: 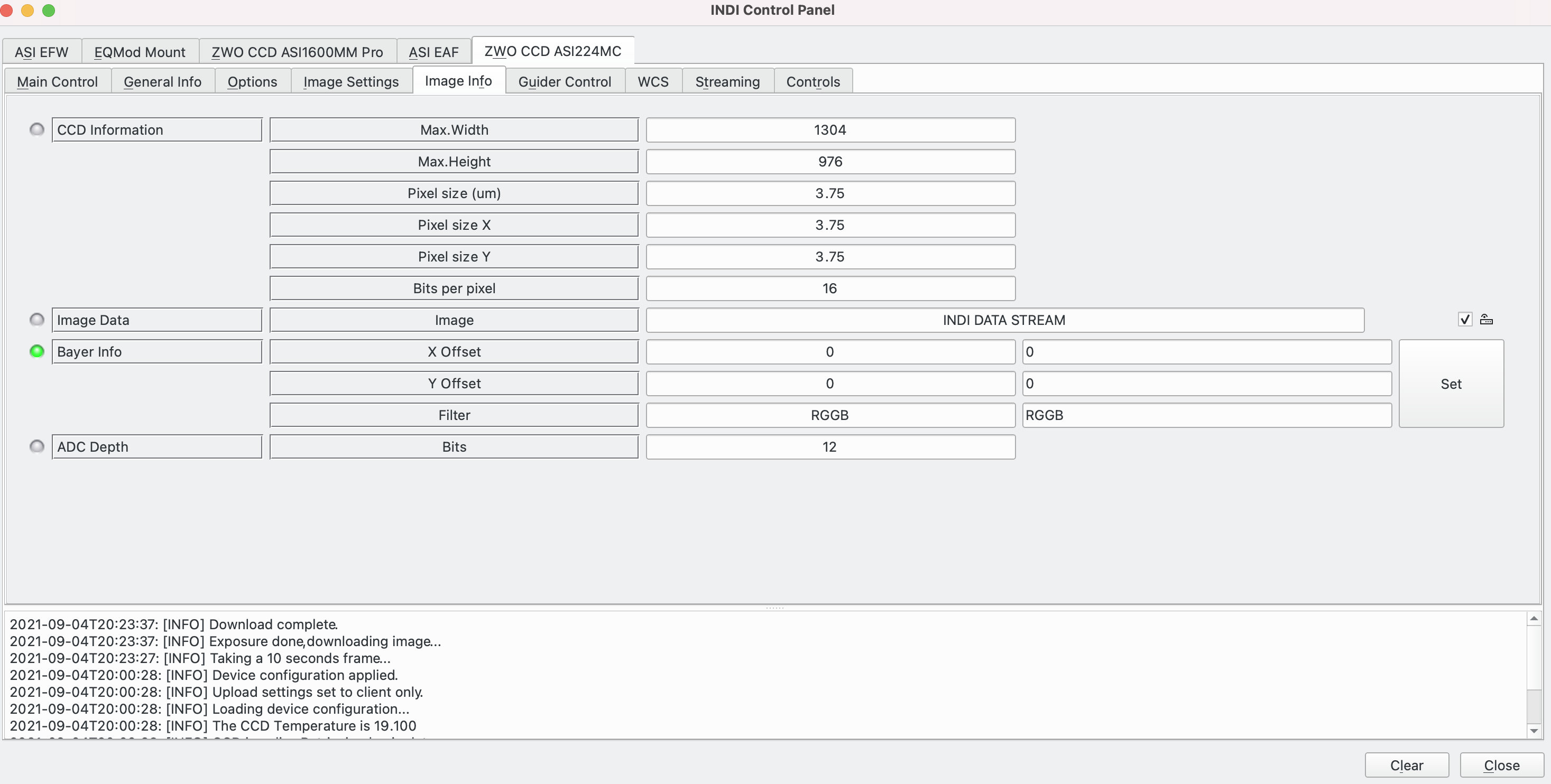 The Image Info tab displays information about the camera device:

The Guider Control tab supports parameters associated with guiding from the camera to the mount if the camera has an ST4 port.

Note that generally people guide from a Guiding application (like PHD2 or Ekos internal guider) directly to the mount in preference to using an ST4 cable from the camera to the mount. In this case these parameters can be ignored.

In general, a WCS allows mapping between celestial coordinates and an image. Specifically here, it allows a real world mapping of space in RA / Dec coordinates to an image in FITS format. The mapping goes both ways.

If enabled, the FITS viewer in Ekos will, after a successful initial plate solve, not only display the pixel x, y coordinates as the mouse is moved across the image, but also the cooresponding RA / Dec coordinates. In addition a request can be made from the FITS viewed to slew the telescope to centre the FOV where the mouse is located.

The CCD FOV Rotator, dispays the rotation angle of the CCD as determined during the most recent plate solve. 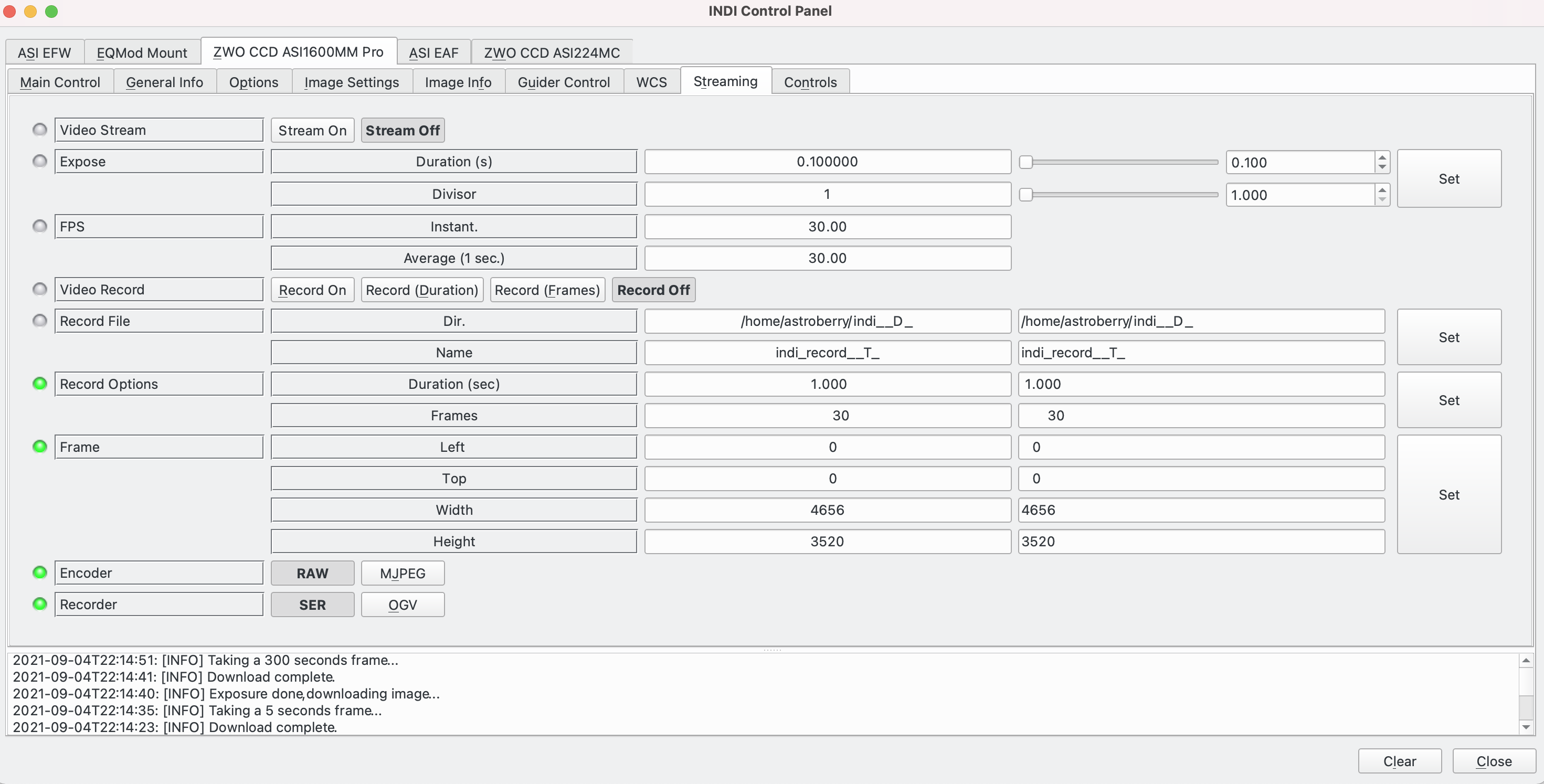 Typically video format is used in planetary photography and not in DSO photography. 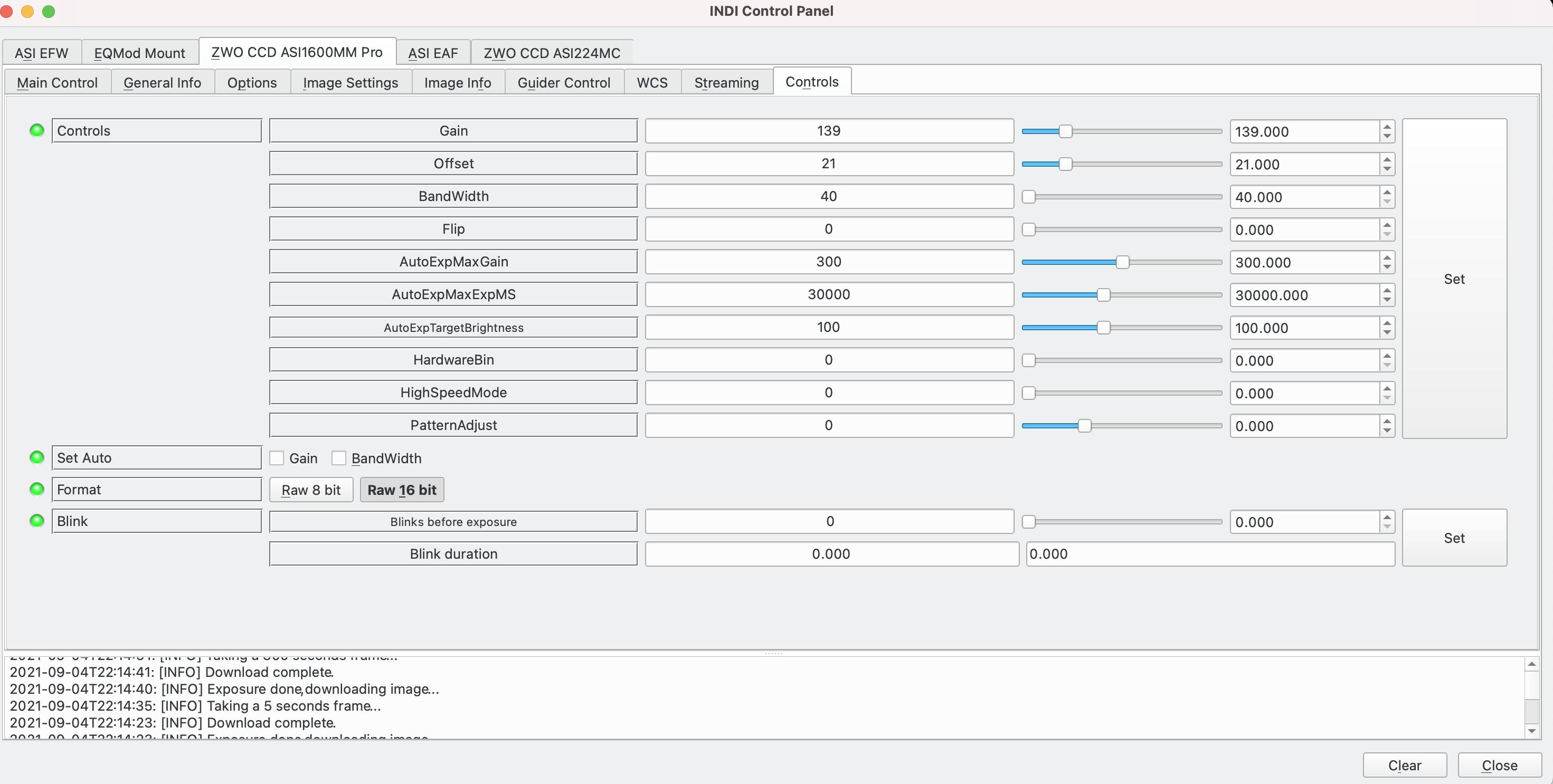 The Controls tab allows for a number of parameters to be adjusted: 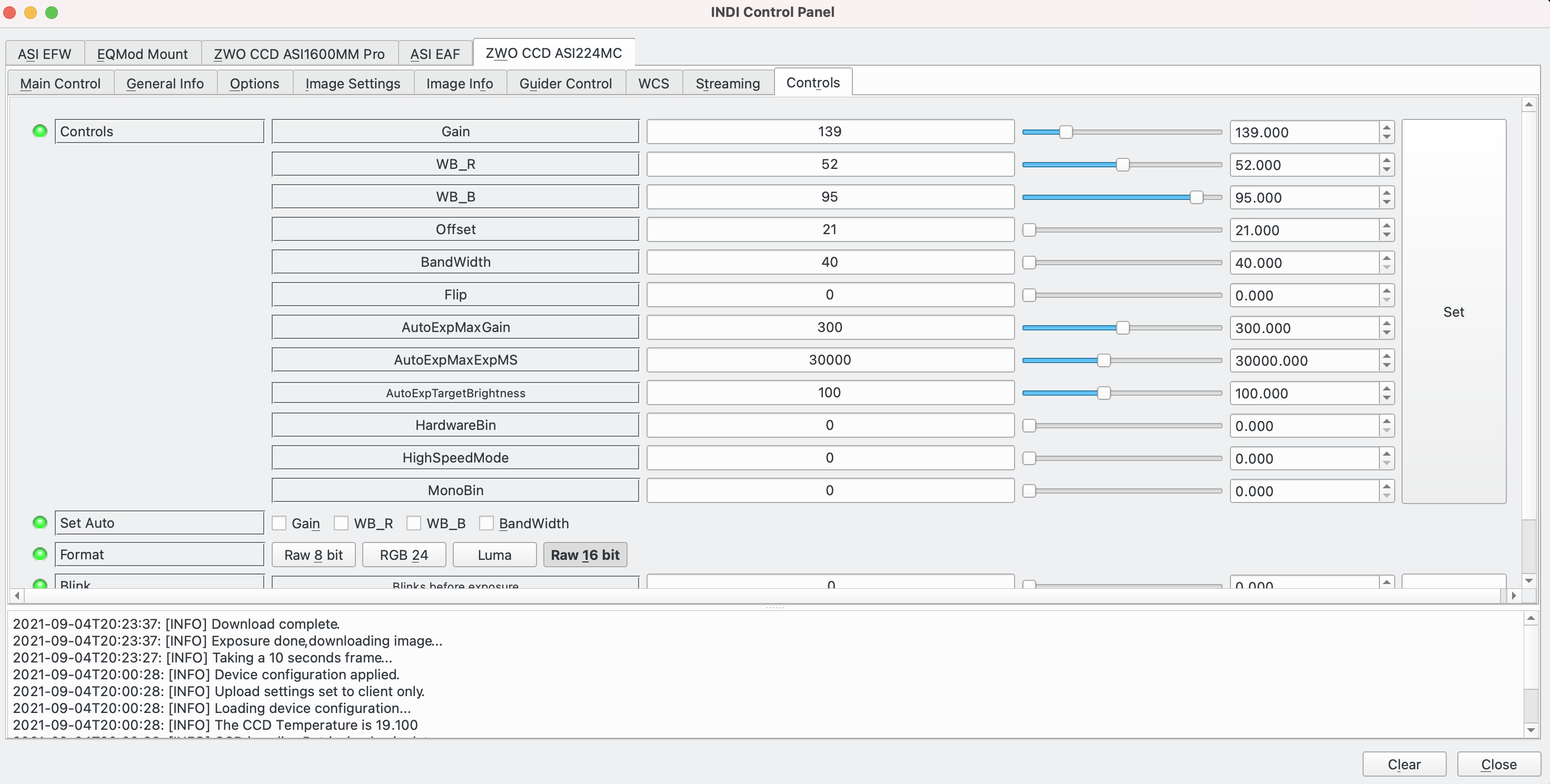 The current list of outstanding issues can be viewed at INDI's Github issues page. If you find an issue please report it on the Indilib forum and remember to include the logs (details on how to do this here).