INDI Celestron SCT Focuser driver is included with libindi >= 1.8.8 Under Ubuntu, you can install the driver via: 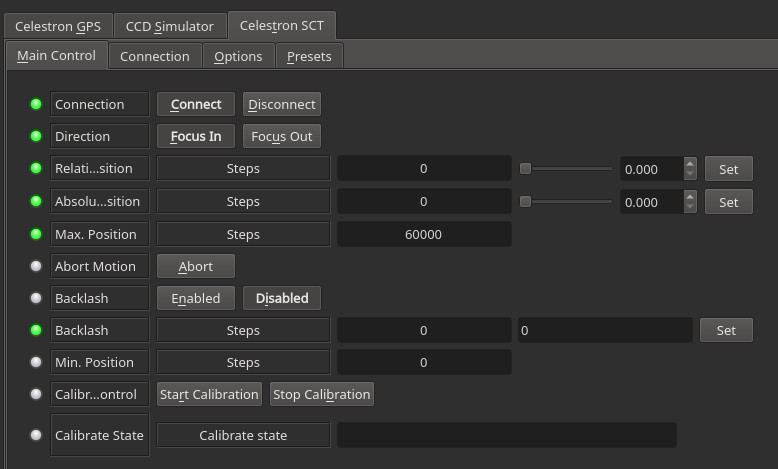 Do not use Celestron SCT driver if the focuser is connected directly to the Mount direct via AUX cable. Instead, use the Celestron Mount driver to control the focuser.

This driver can be used to :

In order to connect to the focuser you just have to plug the USB cable and power up the focuser. Under Connection tab, you can set the Serial Port especially if you have multiple serial ports connected to the same PC. It is best to use Serial Assistant Manager to designate a permenant port (e.g. /dev/focuser) to this device.