Lacerta MFOC driver is included with libindi >= 1.7.6 Under Ubuntu, you can install the driver via:

The LACERTA Motorfocus is a precision stepper motor with handbox and temperature sensor. It can be used in standalone or remotely. It features : 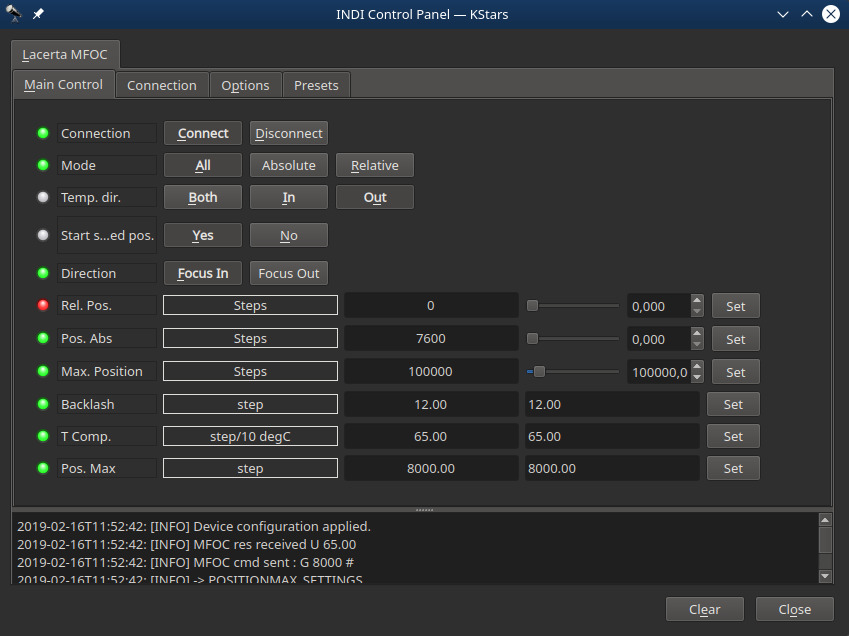 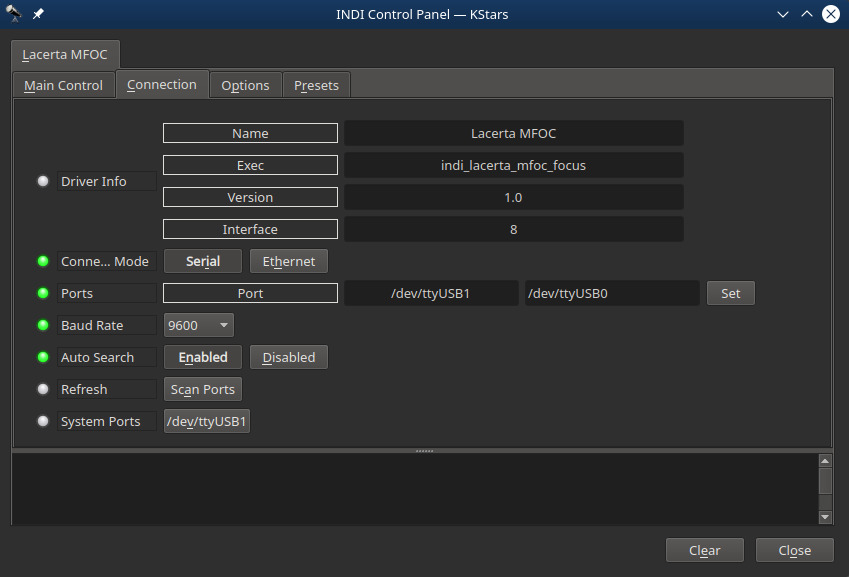 Connect to the focuser using a USB cable. The connection type is serial and by default the port is set to /dev/ttyUSB0. The default baud rate is 9600. If you change the default port, save the changes by going to the Options tab and click Save configuration.

The options tab includes parameters to enable/disable logging and debugging settings in addition to polling and joystick control.

The debugging and logging options should remain off unless you are to diagnose a problem with the driver.

Polling: How often should the driver read the device output signals? By default it is set to 500ms or twice per second.

Joystick: If a gamepad or joystick is connected, enable it to focus IN and OUT using the joystick. A new tab called Joystick is created. The INDI joystick driver must be running and connected to a supported joystick under Linux.

There can be connection issues via a USB Hub. If such a case happen :