Selecting "filter" for focusing when using OSC - not Mono - camera

7 months 2 days ago
Away

Posts: 863
Karma: 3
Less More
Thank you received: 146
Topic Author
Selecting "filter" for focusing when using OSC - not Mono - camera #50069
I know this is not the conventional way to do it, but I have adapted some old Nikon lenses for wide-field imaging. I am currently using a 135 Nikkor-S lens with a ASI183MC, so the color camera version.

All works fine when I am using an Ha filter (screwed to the front of the lens with a reduction ring), but when I use an O3 filter, the Red channel is being used for focusing and alignment, so despite the fact that I have a lot of signal in the green channel, Ekos discards that information and only aligns and focuses using the very dim signaling in the Red channel.

How can I tell Ekos to use the Green channel for focusing and alignment? 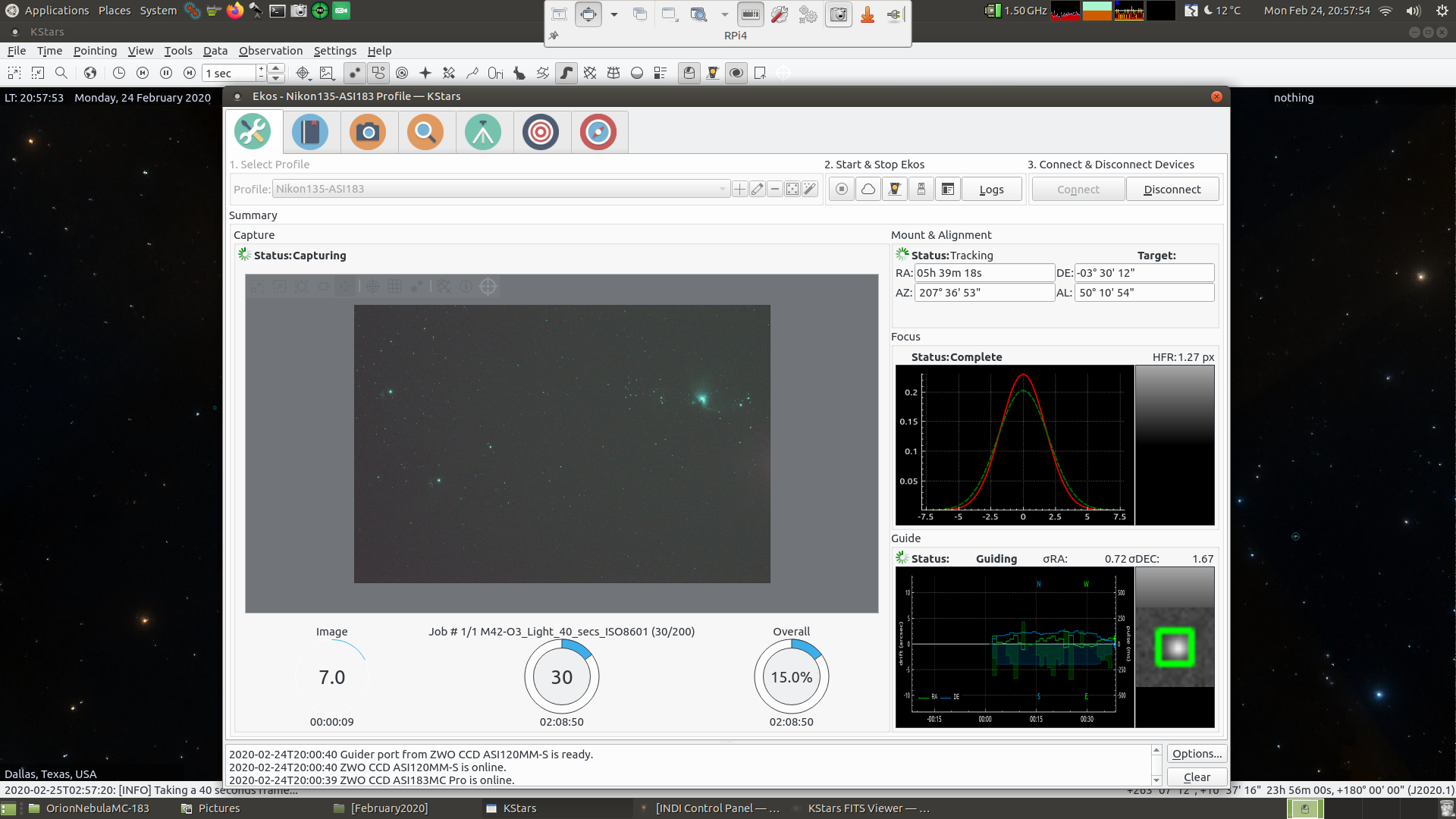 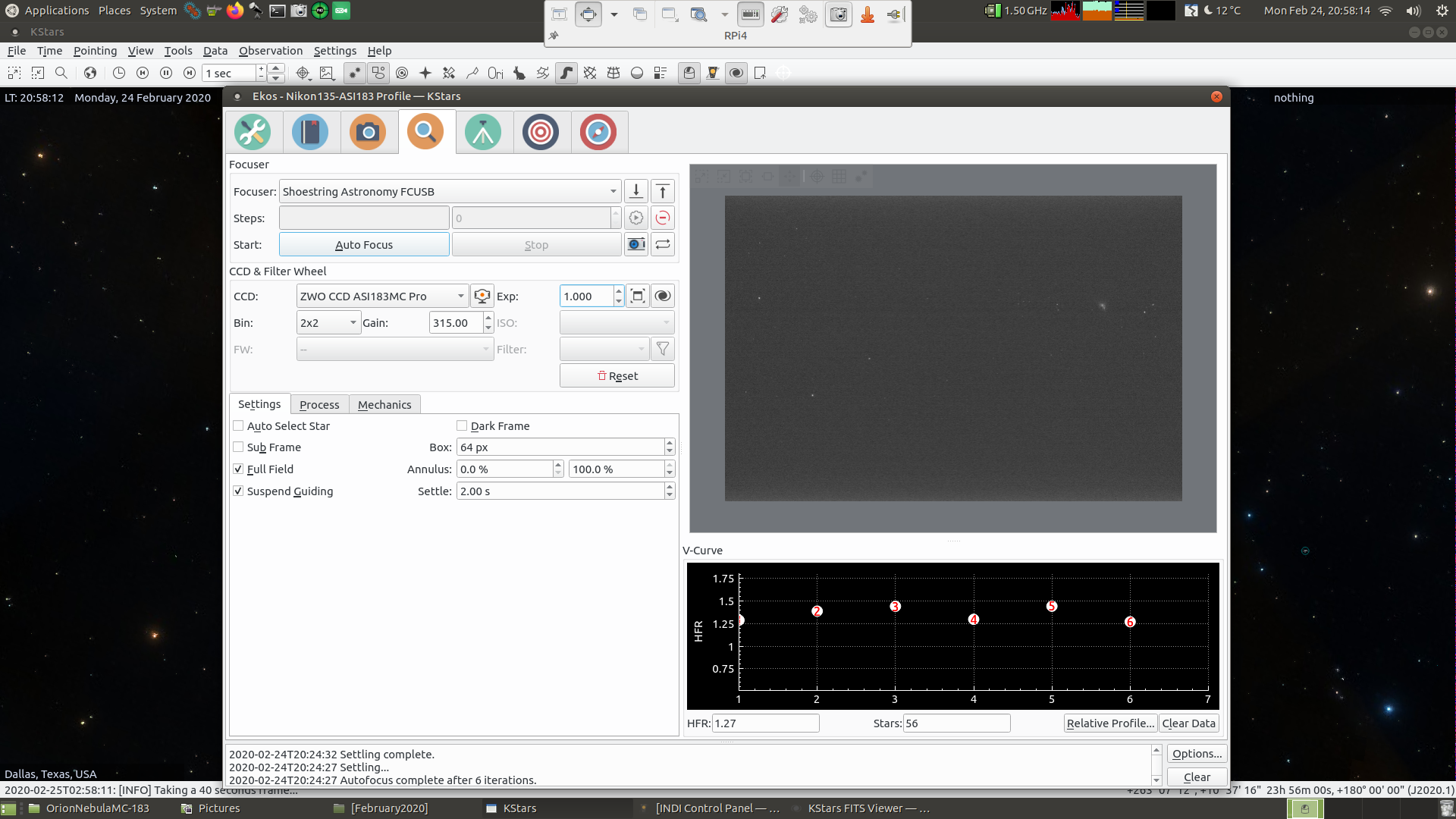 Posts: 8390
Karma: 51
Selecting "filter" for focusing when using OSC - not Mono - camera #50089
Right, so this was a bit of hack to make star selection work better in mono mode. However, it was just selected RED channel when it should have converted the RGB image to Luminance using some standard formulas.. but to expedite the process, I opted to check only the first channel.

Now Robert is working on getting sextractor functionality right within KStars. I think when that happens, the star detection would be a lot better and we don't have to resort to this hack to begin with. So hopefully soon you can get full color images in Focus/Guide/Align and still have the star detection working reliably at the same time.
Jasem Mutlaq
Support INDI & Ekos; Get StellarMate Astrophotography Gadget.
How to Submit Logs when you have problems?
Add your observatory info

That would obviously be the Cadillac.

But it is not really necessary to see color when focusing. What I was wondering is whether it would be easy (not asking for anything complicated) to add a box to the focuser module that allows one to select either the Red, Green or Blue channel to be used for focusing (rather than integrating all three channels, which certainly is more complicated). Basically, choosing between Red (for Ha filters) and Green (for O3 filters) would be sufficient).
I know this is a special case that only applies to people who are using RGB cameras with narrowband filters, which is not an ideal way to image anyway. But in their case, using for instance the O3 filter, as I did last night, cuts out the Red signal almost entirely, so the stars the focuser could use were extremely dim. If it were a simple matter (again I do not know), to allow one simply to switch to the Green channel manually for focusing (and ideally aligning) in that case, that would eliminate the problem.

If this is a complicated issue, I totally understand. I only bring it up, because I came across the issue and because that solution might help a minority of users.