Just want to share a DIY focuser I built. I was thinking to get a electronic focuser for imaging session but I've found I've already got an old skywatcher focuser. I browse a little bit on the Internet and found there'a project by Wim van Berlo here: stargazerslounge.com/topic/297619-arduin...mpatible-dc-focuser/

which I'd think, yeah, why not just do the same thing? So I ordered some parts and build one myself, but without the HAT. I was trying to make the focuser as compact as it can be (I would have shrink it into a USB thumb drive size package, which is possible). I don't have a backyward site for astrophotography and I have to carry quite a lot of gears out to a remote site. So compact and lightweight are my priority. I figured out that I can just drive a TB6612FNG breakout directly with a UNO R3 (no HAT). The UNO got a 12V feed which also fits the motor requirement. See the photos in the attachments.

Basically everything is the same as what Wim has done, the arduino was uploaded with a sketch that handles the moonlite commands. I just need to modify the pin numbers to make it work. I used a right-angled dupont pins and solder the breakout board right to the pins. This gives me a very compact size which I can fit the whole thing in any arduino UNO case: 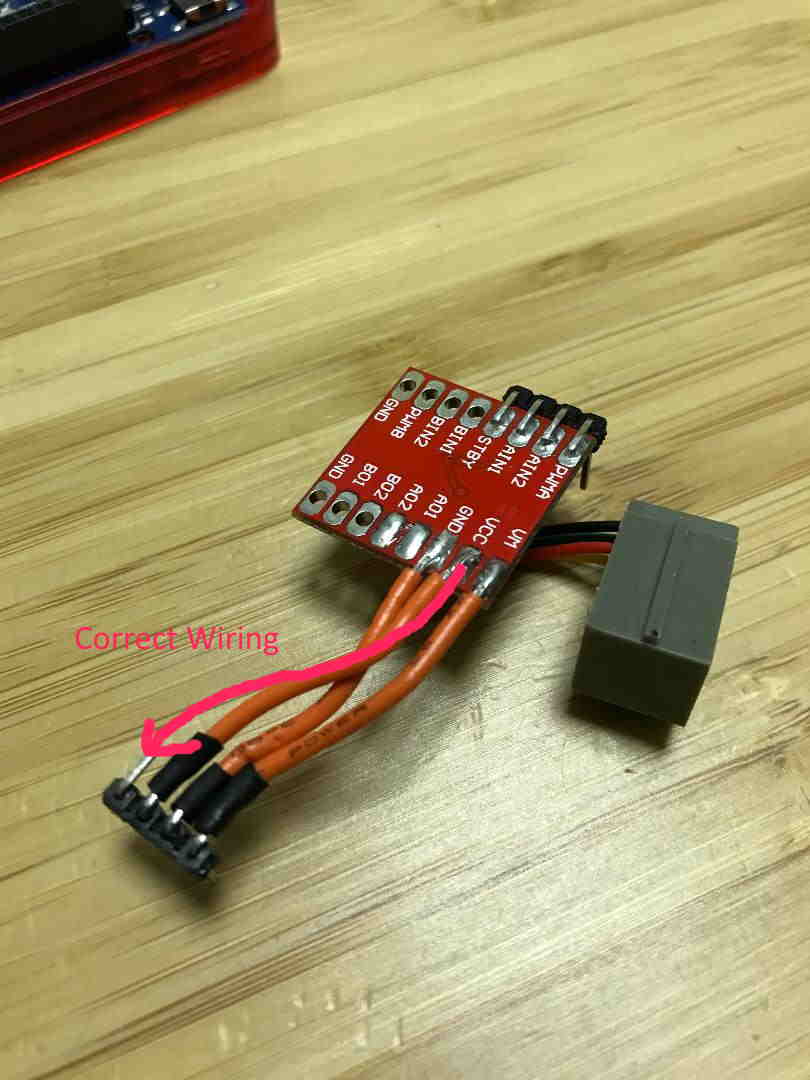 Solder the RJ11 socket directly to the breakout. The skywatcher DC focuser uses a RJ11 to connect to the motor. 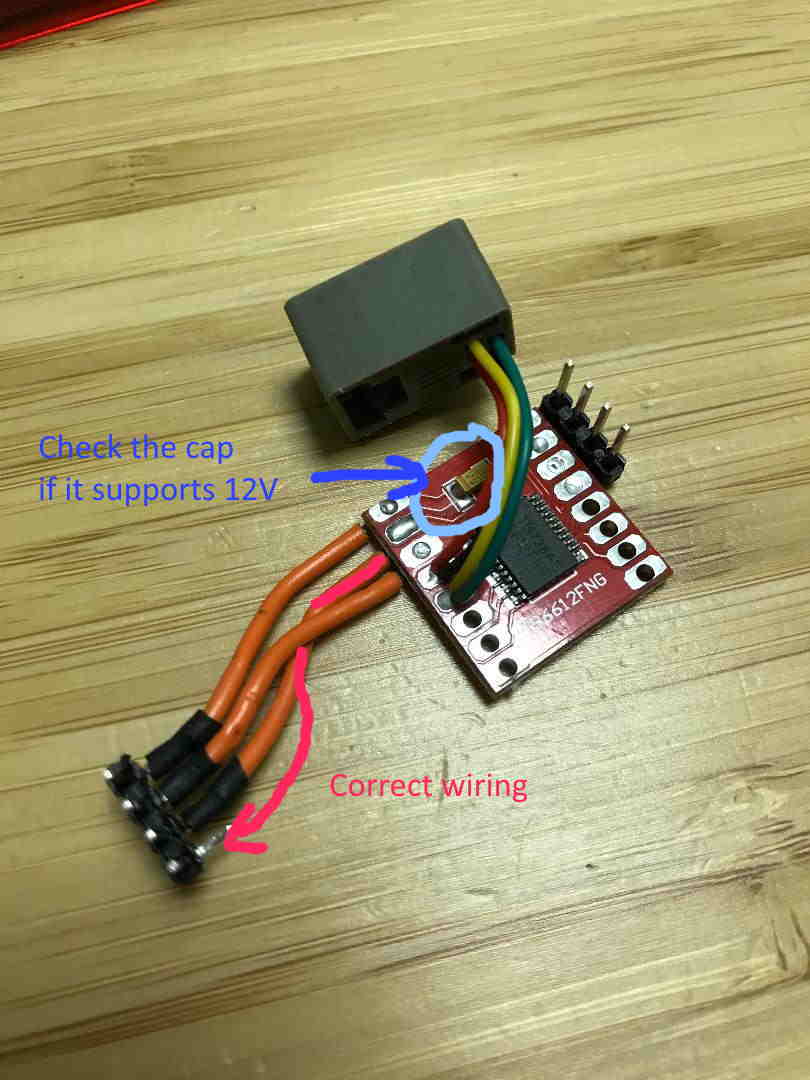 **NOTE the correction on the wiring as the picture described - on the first attempted I wired the 5V incorrectly to wired to GND.

Also the breakout board - caution when you feed 12V into it. I've broke two of the breakouts because the capacitor cannot handle 12V. (Caution: It would cause a blast with sparks when the cap blows!!!).. So make sure you check the cap before connecting 12V.

The UNO R3 case fits perfect on the position of the RJ connectors. I just need to open up a hole for connecting the cable to the jack 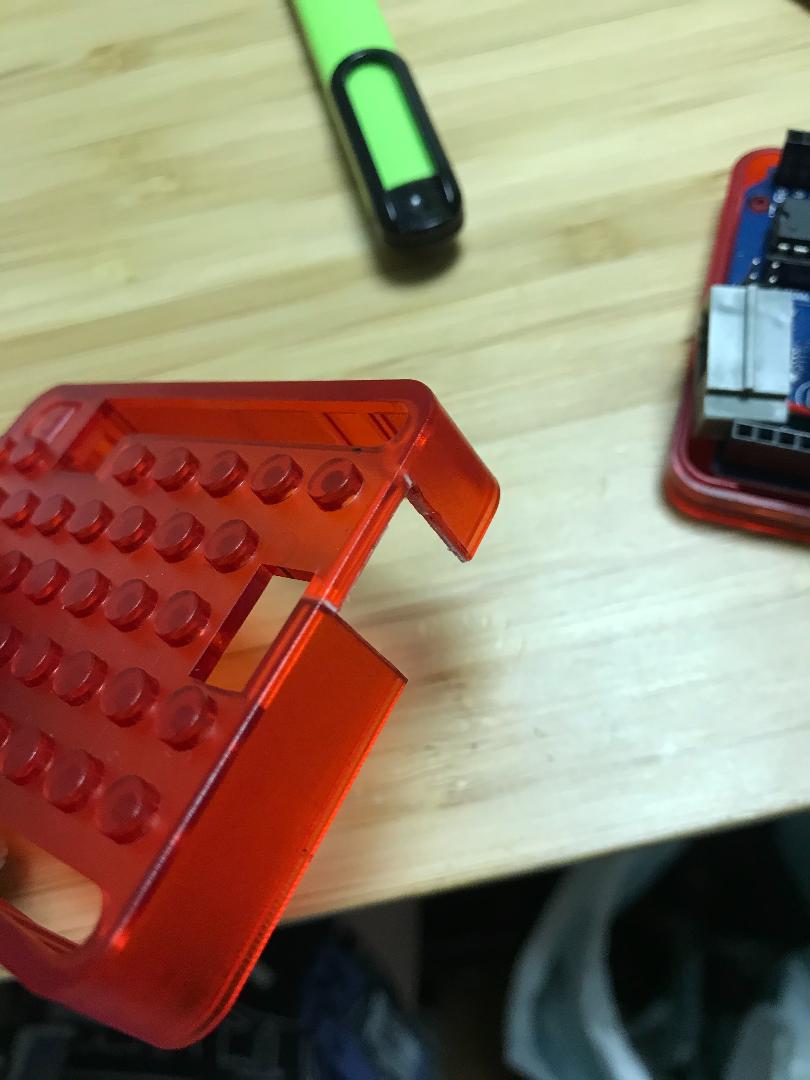 and that's the whole thing: 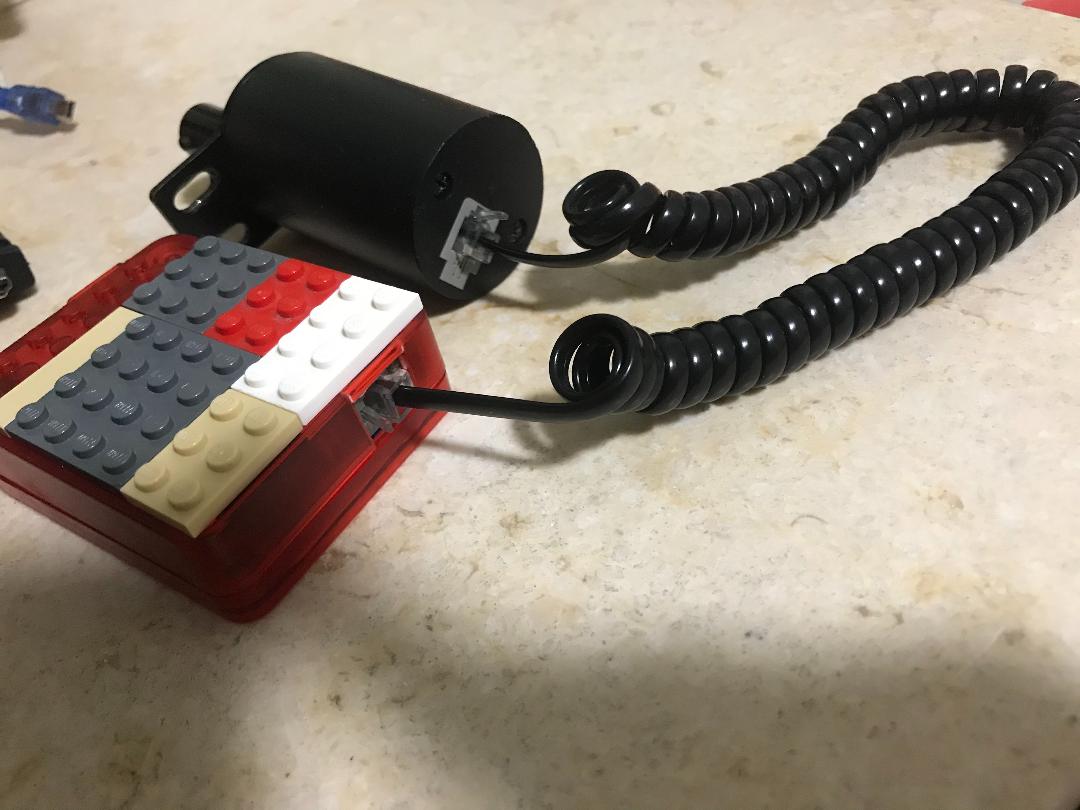 I just hope this would help someone who wants to build something compact as this one. I'm sure the size can be shrink further to somewhat a pi zero case would fit: Arduino Nano + 12v + a stepper or DC breakout.

Next I would try to drive the breakout directly from a raspberry pi - I use RPI4 and run Kstars + EKOS on it for my imaging session. If I drive the arduino focuser I need an extra USB port, which for now all the 4 USB ports are already occupied: CCD + mount + guider cam + USB thumbdrive. I also don't want to carry an extra USB hub. If I uses a ZWO camera I can make use of the USB hub on the camera body so it wouldn't be a problem but I use Atik mostly. So my next project would be feeding 12V to the RPI4 with a DC convertor (that feeds 5V3A to the RPI4 itself) and make use of the 12v to the motor and breakout so I could simply connect the motor directly to the RPI4 with the RJ11. Then develop a custom INDI focuser driver.
The following user(s) said Thank You: Fernando, Jacob Nowatzke
Last edit: 2 years 9 months ago by Stephen Wong. Reason: typo
2 years 9 months ago #52669