gehelem replied to the topic 'cam86 indi driver for astroberry' in the forum. 2 months ago

Can you provide a screenshot ?
i must say most of these problems seem to be related to libftdi driver, wich is much less efficient than D2XX
(especially on these small SBC)
but using it is mandatory...

you can try to play with baudrates, latency and timer values
good luck

gehelem replied to the topic 'cam86 indi driver for astroberry' in the forum. 3 months ago

Hi
First, libftdi is the tricky one
Try to follow this :
developer.intra2net.com/mailarchive/html...i/2013/msg00014.html
(until step 4)

Then switch to my lastest code :
git checkout workinprogress

Then compilation steps starts :
mkdir build
cd build
cmake .. (<= two points are important !)
make
If you have any error in the 2 previous steps, tell me

You have to manually isnstall udev rules file, i have to fix that :
sudo cp ../99-cam86.rules /etc/udev/rules.d/
And restart udev :
sudo service udev restart

you can also install the driver into your environemnt :
sudo make install
with that one, you can use the driver like any other one.

gehelem replied to the topic '[Solved] Fits viewer freezes (crashes kstars) with auto stretch' in the forum. 6 months ago

gehelem replied to the topic 'ALS - Astro Live Stacker' in the forum. 7 months ago

A new version is out
https://github.com/gehelem/als 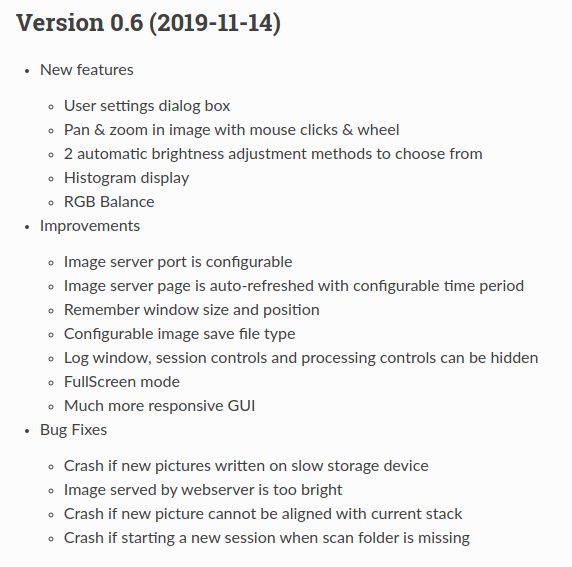 Deufrai has completely taken over the project, his immense contribution has allowed us to structure and make it more reliable.
New features, stability, new UI, better gihub structuration
and finaly a new web site :
als-app.org/index.html 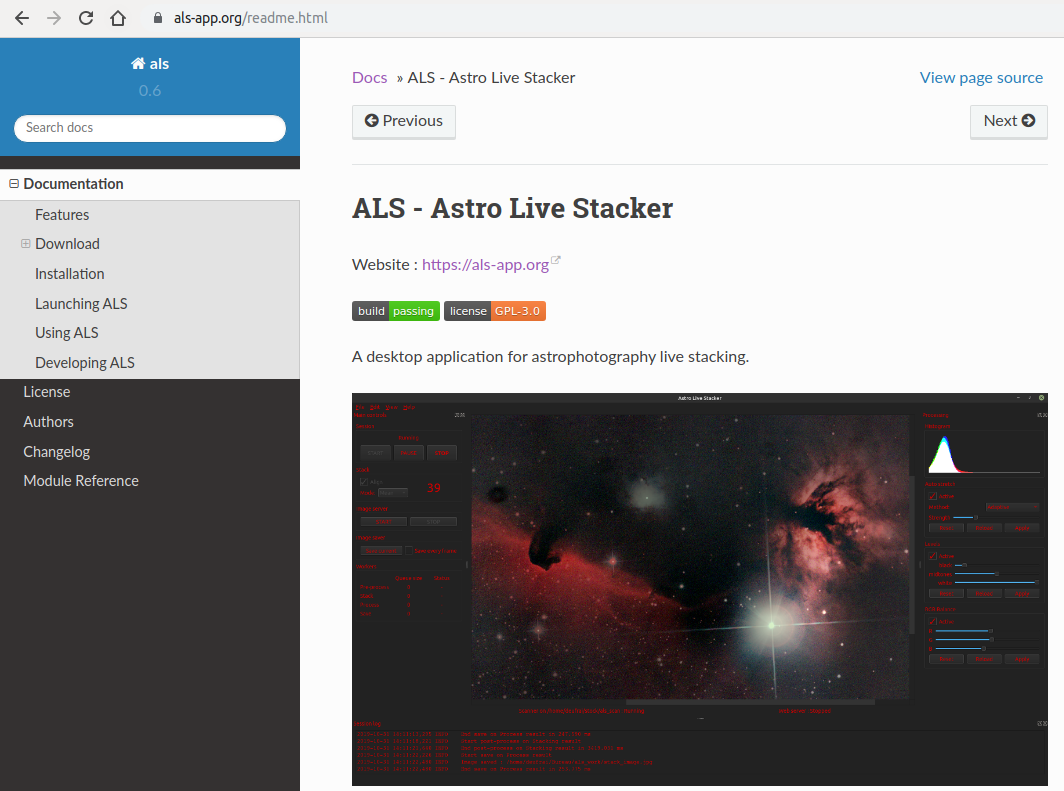 hi
so, usbfsmemory didn't do anything;
But
i disabled USB XHCI in my laptop bios, and everything went back in order.
i think my usb is now downgraded to usb2, but i don't mind...
Gilles.

yep, i've tried with and without hub,
Also tried to play with bandwidth and highspeed mode with no result

Meanwhile, i've found this particular parameter "usbfsmemory", wich is set with a couple of udev rules.
Guess what? : i've installed not a long time ago FireCapture, wich overrides indi value from 256 to 200
i don't know exactly what it means, but i've corrected it
we'll see tonight, if weather is good

i think i've the same troubles with my setup
-EQ6 driven with EQMOD
-Diy mMoonlite foculser
-ASI EFW
-Guider ASI120MM-s (usb3)
-Main camera ASI178MM (usb3)
Directly connected to my laptop HP folio 9480m
(no RPI nor Odroid as i used to before...)

Guider is running, but 9 times on 10 ASI178 fails to take an exposure, and starts an other one.
log is giving this message :
ZWO CCD ASI178MM : "[DEBUG] ASIGetExpStatus failed. Restarting exposure... "
(complete log attached)
I couldn't get anything from dmesg

When guider is off, ASI178 is working with no problem

i've tried with powered hub, or directly connected to PC both of my ASI cameras, but result is the same.
(using stock usb cables)
Strangly, it looks like it's the same behaviour than when i were using usb2 version of ASI120, but this time with the "S"/usb3 version

I' see on you previous post that you've found where the problem is, but i don't understand your solution
Can you be more specific ?