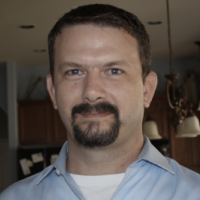 Why are you using USB-IP? I believe it's a lot slower than direct USB. Run INDI server on RPi and connect to the cameras in the RPi.
Jasem, this is the output running 2x5s sequence:

Referencing this forum post last year I wanted to give USBIP a shot to see if it worked (as it seemed to have helped as described). However, it does not - at least, in my instance. So I'm looking to see how I can speed up the download times or at least not have the download of one image delay the capture of another.
knro wrote:
Yes, logs from the CEM60 is necessary.
I will try to recreate what happened and provide the log.
knro wrote:
Since you have programming experience, this would be a good opprotunity to extend the driver to use INDI Alignment Subsystem. There is already a couple of drivers using it (e.g. EQMod, Synscan), so you can implement proper modelling in the driver itself which you can use later on.
My programming background is more working with data but I'll certainly take a look and see if it's something I can contribute.

Thank you for the quick response.