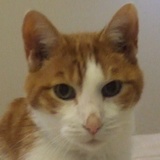 Thanks for the suggestions. The StarSense handset I have does have a quick align option but not sure if it's the same thing as the GEMs. You just set the date,time,location then set the scope level & pointing North.

The problem with Nexremote is it doesn't allow alignment via the StarSense whereas CPWI does. CPWI will connect via USB, Serial or via a SkyPortal device. It would be perfect if that's all I wanted to do.

I think you are right about just setting the StarSense auto-align going and switching over to using the RPi once it is aligned - seems like the simplest solution.

I can't see anyone writing a new mount controller as so much of the internal workings are proprietary and obscured by the HC. It would have to bypass the HC and talk directly to the internals via the AUX bus. A lot of work for no real reward considering the mount and ota together are only worth about £300.

Thanks for your ideas though.

My mount is Alt-Az. Not sure if that makes any difference.

Sadly the scope will be set outside on it's tripod each time so hibernate isn't an option.
Looking again at the celestrongps indi driver there is an option on the Connection tab to change the mount connection to 'Ethernet'. I wonder if this would connect through to the Skyportal device?

Then we would have:

I have a Celestron SLT mount with the 127 Mak scope which I would like to be able to control remotely from inside the house.
I also have a Starsense accessory which performs the initial 3-star alignment automatically via plate solving. This works without issue. The only problem is the align needs to be initiated from the HC.

One problem most Celestron owners will have realised is that the mount control and pointing model is within the HC which therefore must normally remain attached. The only exception in my case is if I bought a Celestron SkyPortal device which allows a tablet or phone to take the place of the HC. The alignment can then be initiated remotely from the app. However, the Skyportal app wont control a focuser or camera

My preferred setup would be:

I have tested this setup on the bench and it will happily control the scopes slew and also allow me to have a remote focuser and camera. The problem is I can't initiate the mount's initial alignment this way (unless anyone knows a way). The only workround is to align the scope using the HC and then plug in the Pi and retire inside. Maybe it sounds a bit lazy but I would prefer to be able to do everything remotely.

The question I suppose is this:

If I buy the SkyPortal and run it in AP mode so it is connected to my home wi-fi will I still be able to use Kstars/Ekos (as above) to control it all once the initial alignment has completed?

I don't know if the celestrongps driver can connect to the mount via the SkyPortal. It connects fine via the serial socket in the base of the HC but the Skyportal replaces the HC.

I hope that all makes sense and I'm open to any alternative suggestions (apart from dump the scope and get a better mount - no funds for that I'm afraid).