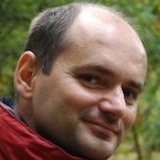 It is INDIGO, not INDI, framework inside APT. INDI support is only a side effect of a partial INDIGO backward compatibility and only to a limited extent, e. g. fall-down to legacy INDI protocol including INDI BLOB support and formally documented INDI property/item names mapping. INDIGO doesn't and probably never will support legacy INDI streaming and snooping because a different approach was taken already.

As far as INDI has no documented DSLR properties in addition to the common CCD property set, gphoto2 INDI driver is not fully compatible with INDIGO client on properties/items level, because no name mapping does exist. Nevertheless, it may work on some very basic level (trigger the capture in M mode and download image).

Peter Polakovic replied to the topic 'well this has put the cat amongst the pidgeons - if it works' in the forum. 3 years ago

Jasem, maybe you should look at INDIGO XML vs. JSON HTTP/WebSocket mapping before you will try to reinvent the wheel. Among INDIGO web applications it is used also by INDIGO ASCOM drivers for years. Peter

Peter Polakovic replied to the topic 'Indi server for windows' in the forum. 3 years ago

INDIGO has no drivers for Windows, but it has client part of the framework running on windows and also ASCOM drivers allowing to use remote INDIGO server from INDIGO or ASCOM applications on Windows.

INDI Server for windows is not maintained anymore and it was also never meant as server for Ekos on Windows. Peter

1) The guiding section of Ekos doesn't show up. Is the GP not recognised as a guiding camera (using indigo_ccd_iidc driver)? Do I need another driver?

INIDGO, unlike INDI, creates different devices for different purposes. You will probably find "Atik GP" device for camera itself and "Atik GP (guider)" for its guiding port, you can use them independently. You need to select first one as camera and second one as guider in Ekos. The same apply for "Atik One" and "Atik One (wheel)", there are two independent logical device too for a single physical unit.


2) The Align section (I used the INDIGO Telescope Simulator for now) won't work. I would like to use the EqMod telescope driver with a synscan mount but there doesn't seem to be (a stable) one in INDIGO. Can you run INDI EqMod and INDIGO CCD drivers side by side? If so, how?

SynScan driver (and also alignment model) made a huge progress during last couple of weeks, but binary package is not created yet. You can either checkout INDIGO from GitHub and compile from source ( github.com/indigo-astronomy/indigo ) or you can run INDI EqMod driver (or any other INDI driver), just prefix it with -i switch on a command line. This instruct indigo_server to load executable instead of dynamic library and to use legacy INDI protocol. I can't recommend this approach for e.g. CCD drivers as far as legacy INDI protocol is really a disaster from performance point of view, but it doesn't matter too much for mount driver.

But how do I get Ekos to use the indigo instead of the INDI drivers?

our (CloudMakers) INDI driver definitely worked with Atik One (I have one) and to some extent worked with Atik GP (I have one as well). If it is detected but can't be connected, maybe USB rules script failed for some reason. Check permissions for device created for the camera in /dev/bus/usb/something... You can use lsusb command to find which one is it.

Atik GP is actually PointGrey Chameleon camera and only basic IIDC modes are supported by INDI driver, what limits e.g. available resolutions or framerates. If you want full support, you need to use INDIGO IIDC driver, but it will not work for you out of the box because of design flaw in Ekos. Camera reports itself correctly as PointGrey Chameleon and not as CCD IIDC as supposed by Ekos. But it should work, if you will run Atik and IIDC drivers in separate INDIGO server instead of built in INDI server. It will be also faster, because you will save one interprocess boundary.

Peter Polakovic replied to the topic 'INDIGO controls the 2meter RC telescope at NAO Rozhen (Bulgaria)' in the forum. 3 years ago

Nice, thank you Rumen! Now we need linux client working with GUI hints attributes to manage all these properties

Peter Polakovic replied to the topic 'INDI driver for Pegasus Ultimate Power hub' in the forum. 3 years ago

of UPB driver is included in standard INDIGO package (version 2.0-76+). You can install it along with INDI, the glue code for Ekos (/usr/share/indi/indi_go_upb.xml) is provided just for UPB now, but will add more drivers later.

You can find how to setup INDIGO to APT sources list here: indigo-astronomy.org/downloads.html