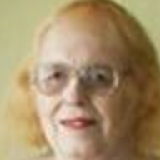 Gina Davis replied to the topic 'Can Astroberry Server run 3 instances of Ekos?' in the forum. 4 weeks ago

Had this from a friend :-
"Hi Gina, came across this just now. Looks like there might be a way to run multiple servers on a Pi using different port numbers. www.youtube.com/watch?v=RwKkLniEIIk "

Wondered if this could be done with Astroberry Server.  Though maybe the reduced software approach would be better.  Seems to me that running 3 instances of Astroberry Server on one RPi 4B could be pushing it.

Gina Davis replied to the topic 'Can Astroberry Server run 3 instances of Ekos?' in the forum. 4 weeks ago

Had this from a friend :-Wondering if this could be done with Astroberry Server.  Though maybe the reduced software approach would be better.  Seems to me that running 3 instances of Astroberry Server on one RPi 4B could be pushing it.

Gina Davis created a new topic ' Can Astroberry Server run 3 instances of Ekos?' in the forum. 1 month ago

I have a triple imaging rig currently using 3 separate RPi boards.  The imaging cameras are an ASI 294MMPro connected to an RPi 4B running Astroberry Server and two ASI 1600MM-Cool cameras on separate RPi 3B boards and the earlier indiserver.  The RPi 4B also runs the mount and a guide camera.  This system  is accessed using 3 instances of Terminal with SSH and 3 instances of KStars/Ekos running on my tower system with Linux Mint indoors.I would like to reduce the remote electronics and wondered if I could run 3 instances of Ekos in Astroberry Server.  IOW use one RPi 4 only and get rid of the RPi 3Bs.  The original reason for using separate RPi boards was that Ekos was unable to distinguish between the two ASI 1600MM cameras - they come up with the same ID.  I now wonder if separate instances of Ekos could access different USB ports and avoid the ID contention.Any information and suggestions gratefully received.

Thank you very much- that fixed it.  Got the repository.

Thanks.  Still getting the error.  I'll try again tomorrow.

Gina Davis created a new topic ' Problem installing KStars on laptop' in the forum. 1 month ago

I've installed Linux Mint v20.2 MATE on my Asus laptop (4GB RAM and 500GB HDD) and have tried to install KStars using the fo;;owing instructions :-
Linux Download: Install KStars from your Linux distribution software center. Under Ubuntu/Mint, you can install the latest KStars by typing the following commands in the console:

I got "General Error" on running the first command.

Can anyone help, please?

Gina Davis replied to the topic 'INDI Driver for ASI294MM-Pro astro camera.' in the forum. 6 months ago

May not be related but the upgrade has stopped the Astroberry Focuser driver from loading.

I have recently bought an ASI 294MM-Pro camera and now trying to get it to work in my RPi 3B+.  I have applied the following commands :-
sudo apt update
sudo apt full-upgrade
sudo reboot

The system now recognises the new camera but won't download either unbinned or binned 2x2 in Ekos.  The resolution is showing as 8288x5644 pixels whereas I gathered that the default was binned 2x2 and half that.

Any help would be much appreciated.

Gina Davis replied to the topic 'Driver for Raspberry Pi "High Quality Camera?"' in the forum. 10 months ago

Could I inquire as to the latest on this, please?

I have the Pi HQ Camera and want to try it in an All Sky Camera. Previously I have been using ZWO cameras for this with RPi 3B, in particular the ASI178MC but this is a relatively old camera and needs quite a lot of cooling (using 60s exposures) to reduce thermal noise and hot pixels. This system has worked well with KStars/Ekos/INDI but cooling has produced a complicated setup - cooling the case of a non-cooled astro camera is inefficient. I have friends who would like to make an ASC too but ZWO astro cameras are expensive and would be interested if I can get it working with a cheaper camera.

My thinking is that the Pi HQ Camera is a much later addition to the Sony sensor range and could well be a lot more advanced and more sensitive in spite of smaller pixels.

To summarise, I'm looking to use the Pi HQ Camera with INDI and RPi, maybe the RPi Zero, using exposures of around 30s to 60s.

Gina Davis replied to the topic 'Multiple Imaging camera's' in the forum. 2 years ago

I too would like to run a dual imaging rig with KStars/Ekos/INDI. I currently have a single rig with RPi 3 running the rig with INDI drivers and indiserver and run KStars/Ekos on my indoor desktop under Linux Mint. I can run multiple copies of KStars.

I guess the simplest way would be with two RPi control boxes with one running the mount.