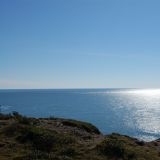 Brian replied to the topic 'noob - getting started help needed' in the forum. 2 months ago

Brian replied to the topic 'VNC not installed?' in the forum. 1 year ago

It's grayed out here too but vnc works. It looks like x11vnc is loading on boot, I don't use Stellarmate much lately and don't remember if I installed it or maybe it comes installed with Stellarmate now. Take a look at "internet" in the drop down menu.

Brian thanked Ettore in topic M20 and M8 1 year ago

Brian replied to the topic 'RST-135 mount - what are the best practices?' in the forum. 2 years ago

I can't tell about any best practices as I don't have the mount.  I love the tiny size and light weight of that mount and big carrying capacity but am unsure about the backdriving issue.  I would like to image unattended, at least some of the time and I'm sure I couldn't sleep, worrying about it, so I'm holding off.. I'm looking at a couple of other mounts too but I keep coming back to the rainbow.  I didn't read the whole thread on CN, was there any talk about a brake for the 135 like they have on the 300 model?

Brian replied to the topic 'ASI EAF not recognized in Nightly' in the forum. 2 years ago

Jasem made the first suggestion so I did that first and it fixed it.
I went here  indilib.org/forum/general/210-howto-buil...st-libindi-ekos.html   and followed the directions for "Building Indie from Source".  Thanks everyone for taking the time to help.

Brian created a new topic ' ASI EAF not recognized in Nightly' in the forum. 2 years ago

About two weeks ago I noticed my ASI EAF no longer was being loaded in Ekos in the latest (at that time) nightly version.  I have stable versions that I revert to when these things crop up so this is more just to alert those developing the software.  Since then I have kept up with the updates of Kstars and the various indi libraries and drivers that are made available. So far my focuser still doesn't show up in Ekos.

WARNING: apt does not have a stable CLI interface. Use with caution in scripts.

Jo, (El Corazan)  mentioned in another thread his filter wheel had disappeard recently after an update and noticed the nightly version 99-asi.rules in the rules.d folder was missing the first line. After editing it back, his filter wheel was loading again.  I was also missing that first line, edited it back but it seems to not have changed anything in my case.

The 99-asi.rules file from the stable version of Kstars (March 1 2021) appears as below:

# All ASI Cameras and filter wheels

The 99-asi.rules file from the nightly version is missing that first line.  I'm not sure this is significant but thought I would mention it.

The log file is attached below, it looks pretty normal to me but I'm no developer, maybe someone can spot something.

thanks for your reply Jim.  Although I use the nightly builds almost exclusively, I always have a stable version on an SD card to fall back on. I also have the Stellarmate OS which is dependable. So, all devices are working fine (including my ASI EAF) in the stable version.

I'm guessing it was about two weeks ago after a nightly update that my ASI EAF stopped loading. I've tried copying the contents of the rules.d folder from the stable version to the nightly but still no focuser loads. Jo mentions that this procedure brings his filter wheel back to life.

To answer your request, here is the result:

WARNING: apt does not have a stable CLI interface. Use with caution in scripts.

Brian replied to the topic 'Highlight star during Polar alignment' in the forum. 2 years ago

Thanks Hy,  I see the "update PA Error" tick box, now that you've pointed it out!  It was right under my nose and I didn't see it.  Thanks for all your work on this software.