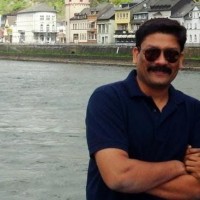 Arun Venkataswamy created a new topic ' Restart or continue session after clouds stop PHD2' in the forum. 11 months ago

The current season for us in Chennai, a coastal metropolis in southern India is marked by transparent and substantially clear skies with occasional fast moving low clouds. I use PHD2 for guiding. When a cloud rolls by, PHD2 tries to reacquire the guide star for 60 seconds and continues guiding. Unfortunately when a large cloud rolls by, PHD2 aborts after the 60 second timeout. At this point, EKOS also stops the sequence as PHD2 has stopped guiding. I shoot overnight, after going to sleep and am unable to manually restart after the abort. For example, last night while shooting Thor's helmet a large cloud rolled in around 12:30AM and the sequence was aborted. I still had about 3 hours worth of data that could have been captured.

Is it possible to automate the process for retrying running the sequence along with instructing PHD2 to reacquire a guide star and guide?