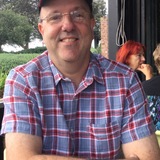 Rodney Whitford replied to the topic 'Multiple identical CCD cameras interfacing with Ekos via INDI' in the forum. 4 years ago

Observed the following:
- Order of the tabs on Ekos was different. Eg. first tab on Camera "ZWO CCD ASI120MM Mini" is "Main Control". However on "ZWO CCD ASI120MM Mini 2" first tab is "Options"
- RadioButtons for "Debug Levels", "Logging Levels" and "Log Output" is only on Mini 2 camera
- Observed numerical data such as temperature is updating and of different values as would be expected.
- Took a photo and confirmed that each camera can be commanded individually.

I will test the code changes more tomorrow as it is a bit late now, but it all looks great.

Thankyou so much for such an incredibly responsive fix to my problem exp. since my setup was probably a bit of a fringe use case.

I have attached screenshots of the Ekos client presenting both cameras and so you can see the behaviour I mentioned above.

Rodney Whitford created a new topic ' Multiple identical CCD cameras interfacing with Ekos via INDI' in the forum. 4 years ago

I have two ZWO ASI 120MM Mini cameras, one used for auto guiding and the other (for now) for photographs until I get a deep sky camera. Ekos can interface perfectly over INDI to my mount, GPS and either one of the cameras, but cannot differentiate between the two identical cameras when both are connected.

I can see from the Indi_asi_ccd driver logs that the 3rd party ZWO ASI CCD driver can see that there are two cameras presumably using the USB identifiers. The ASI function ASIGetNumOfConnectedCameras() returns 2 cameras and the driver XML lists both. However, both of the cameras are assigned device="ZWO CCD ASI120MM Mini".

Ekos Logs however show:
- ZWO CCD ASI120MM Mini is connected.
- 1 devices connected out of 1
- All INDI devices are now connected.

I assume if I had two different cameras as is more normal configuration, I would have a different device name, and viola. As I am new to Ekos and Indi, can anyone tell me if there is some configuration settings in Ekos, Indi, driver etc that I have not done that would allow me to use two identical cameras and allow me to make one my auto guider and the other the main photography camera?

Thanks in advance.
Rod