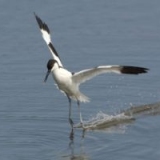 Ed Wilson replied to the topic 'My new Rpi4 OTA mounted enclosure' in the forum. 2 weeks ago

Just wondered about the WiFi 8HotSpot) performance when the board is surrounded by all the metalwork? I am presently using the Flirc aluminium case which has a plastic bottom cover. Temperature outdoors in 10°C weather is less than 30°C and 5GHz WiFi HotSpot works fine over around 5-8 metres.

Ed Wilson replied to the topic 'Anomalies in KStars/Ekos/Indi time using GPS' in the forum. 1 month ago

It looks like we're experiencing a very similar issue. Perhaps a Moderator could merge my message into your thread?

Ed Wilson replied to the topic 'Using GPS with Astroberry 2.0.0' in the forum. 1 month ago

AstroNerd wrote: I am using a GPS dongle with AB 2.0, and worked straight away no file editing needed, not needed to install any other software either...

My signature explains how I use KStars/Ekos/Indi. On a cloudy night last night, I (finally) sat down and looked in detail at the way my GPS data updates the RPi4 system time and KStars time and location. I am running GPSD with gpsd-clients and python-gps installed and I am also running chrony to update the system clock.
Within a minute or so of switching on, the system time updates to GPS time. I then open KStars and note that the LT display matches the system clock. I run Ekos with a simulator profile with GPSD. The next GPS fix updates time and location in KStars, but the KStars LT display is now approximately 6 seconds behind system time. Setting KStars time to Now (Ctl+E) updates the LT to system time again, but any updating by the GPS makes the LT appear to be 6 seconds slow again. It's not critical and I can work around this, but wonder if someone has noticed the same anomalies?

Ed Wilson created a new topic ' Using GPS with Astroberry 2.0.0' in the forum. 1 month ago

Hi Radek and Astroberry fans,
Trying to set up a fresh Astroberry installion to use with a GPS dongle. I checked that GPSD is running, so I edited /etc/default/gpsd to include DEVICES= "/dev/ttyACM0". The GPS signal is recognised in KStars/Ekos/Indi and updates the location and the time and date, which is fine for that session, but I would like it to also update the RPi4 system clock time. In another installation of KStars etc on the RPi4 using the AstroPi3 Raspian script, I have installed chrony. Should I do this also on Astroberry or did you envisage a different approach? Thanks, Ed

Ed Wilson replied to the topic 'Astroberry Server 2.0.0 is available now!' in the forum. 2 months ago

Hi Radek, After a couple of days of 'playing', I have noted a few things which are not so much issues, but perhaps missing FAQs to help the first time user:
I happen to use a Swiss French keyboard layout so the default password is 'astroberrz' - easy enough to cope with until you can log into the raspi-config tab menus. I also happen to use an iPad as my client terminal so I didn't see the sliding panel in the iOS Firefox browser implementation. I did see this when I swapped over to a Windows 10 laptop, and immediately understood about the sliding panel, although not all functions perfectly (yet).
I confirmed that the gpsd daemon was active and so tried to use my GPS dongle, after editing /etc/default/gpsd to include the device as dev/ttyACM0. The GPS Satellite Map did pick up several satellites, but never at enough signal strength to influence the GPS info Lat and Longitude. The same dongle normally works very well in EKOS/Indi with a full 3D fix in seconds. Is there some extra constraint in the Astroberry implementation which requires a higher signal strength (I wouldn't have thought so)?
My normal configuration involves being in the field away from home WiFi and therefore the Internet, and using the RPi as a WiFi HotSpot. This does work, but the lack of Internet means that some functionality, such as the Weather App, and the location setting, are a bit redundant.
I'll keep on trying things out as I find time!
Thanks again, Ed

Ed Wilson replied to the topic 'Astroberry Server 2.0.0 is available now!' in the forum. 2 months ago

Hi Radek, and many thanks for your efforts in preparing Astroberry 2.0.0!
Of course some of us are going to have some tiny issues in the coming days, and the one that is stumping me is to do with the 'Weather Plugin'. The first couple of times I attempted to set it up I was running in HotSpot mode and when I realized this, I hit 'Cancel' in the Weather Preferences dialogue box. This closed not only the dialogue box but also the whole task bar disappeared. I didn't have the skills to get it going again, so had to carry out a brutal physical power down/power up to recover. Happily this didn't damage the SD card image.
I tried updating the Weather Preferences again this time with Internet connection and was successful. However my location data was not saved on shutdown however so it seems this is a burden of each power up routine.
I have subsequently added a GPS dongle (installed GPSD etc) and wondered if the GPS data could be used to establish my location coordinates?
Thanks, Ed