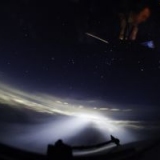 Mark Sandford created a new topic ' Connect MacBookPro to RPi using Ethernet for remote use' in the forum. 5 months ago

So I've got my RPi4 running EKOS/KStars off my home network. I usually us WiFi (it's a bit flaky at times) and also an ethernet cable to my router (rock solid, but it means using a 30m ethernet cable). Fine.

My issue comes with going remote where there's no router. Friends of mine use an ethernet cable directly between the Pi and their laptop, but they are using Linux or Windows. I am, of course, using the hardest option possible, which is a MacBookPro. Which doesn't have an ethernet port. Now, I've got it working somewhat with an Ethernet cable and an Ethernet/Thunderbolt adapter, following some excellent instructions to get SSH access to the Pi, so I can reliably use the Terminal function on the Pi via my MBP. Great!! 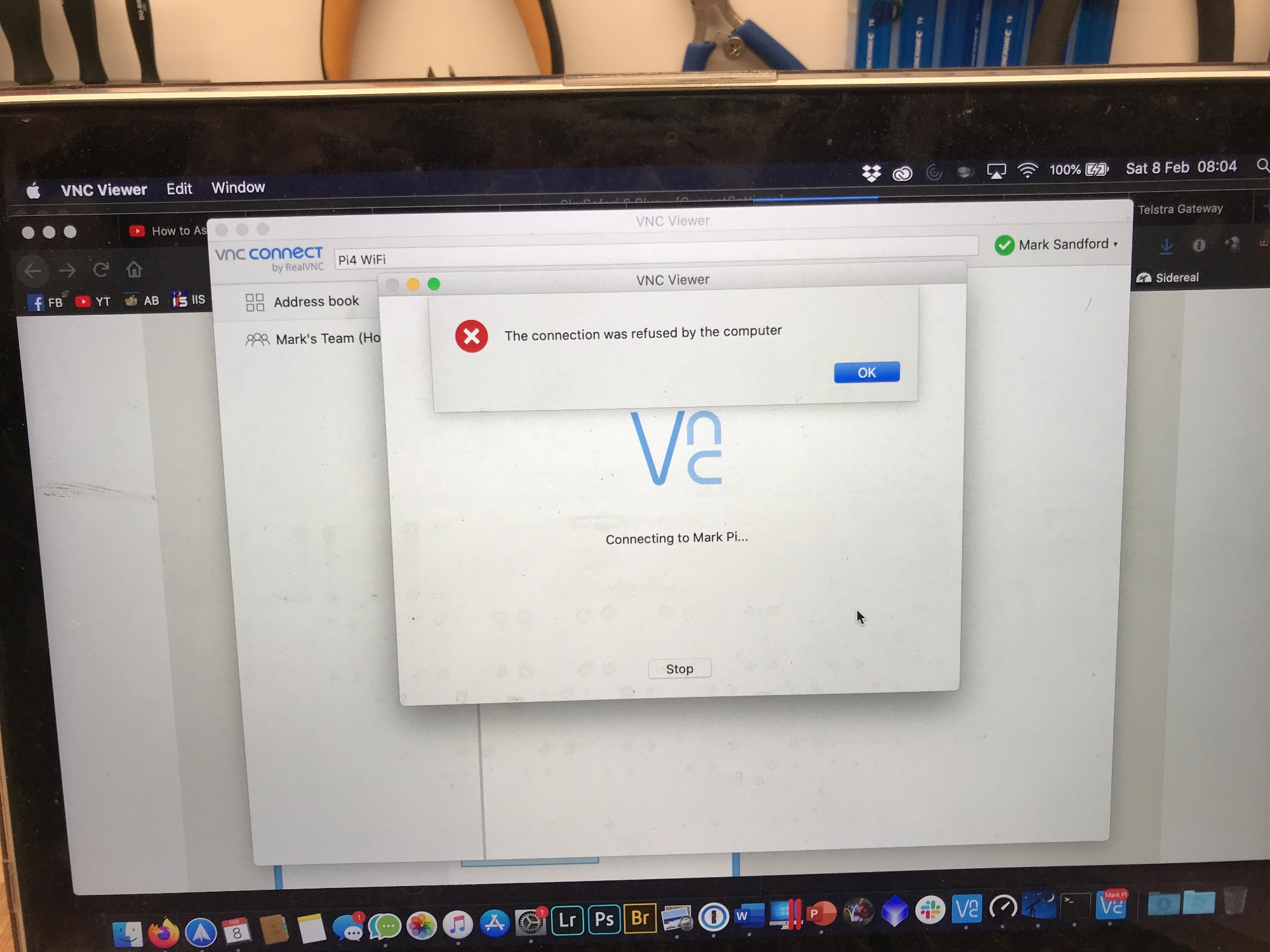 Problem comes when I want to use the graphical interface, using RealVNC. This app is just excellent, really reliable and simple accessing the Pi on WiFi or ethernet/router, but it refuses to access the Pi using the direct connection. I have set Static IP addresses on the Pi for local, ethernet and WiFi...none of them work using the direct ethernet method, and RealVNC keeps throwing up a message saying "The connection was refused by the computer (ie the RPi4)".

Mark Sandford replied to the topic 'StelalrMate App Video Tutorial' in the forum. 5 months ago

OK, thought so. I actually do have that, but back when I bought it, KStars was in the middle of a very unstable set of builds using the Mac interface, and I gave up on it. Used SGP for most of 2019, but giving KStars another go, directly installed on my RPi4 (not via StellarMate) and I'm very impressed. Accessing through VNC, not the Mac app (I couldn't bear to go there again!!), and life is good.

So just wondering if I could use my SM membership to try again, but using my current install on RPi4? Don't want to start from scratch after many hours of compiling.

I would be happy to pay for the SM app, I understand Jasem needs to make a living off this for all the time he puts in; my suggestion really is for him to set up the app as a paid item for exactly this reason.

Mark Sandford replied to the topic 'Teamviewer: commercial use detected' in the forum. 5 months ago

I gave up on TeamViewer because of this issue.

Recently changed to RealVNC, which is excellent. www.realvnc.com/en/connect/download/viewer/ I'm using an RPi4 with KStars 3.4.0, and controlling it with this VNC app; I'm NOT using the EKOS Mac App, it has been absolutely flawless. Much quicker and easier to use than TeamViewer, also much better rendering of graphics.

Mark Sandford replied to the topic 'StelalrMate App Video Tutorial' in the forum. 5 months ago

I'm now finally getting KStars/EKOS working on my RPi4, v3.4.0 seems very stable thus far...just gotta wait for our months-long cloudy night streak to come to an end. I'm accessing through VNC Viewer right now, but would love to try a dedicated app. Will the StellarMate app work on all versions of EKOS, or just the licenced StellarMate versions? I'm very happy with my current RPi/EKOS install, reluctant to change to StellarMate just for the app.

Would be happy to pay for the app to get tablet-friendly interface. Access via VNC on tablet works fine, but it's a bit clunky, clearly still favours access via a computer.

Mark Sandford replied to the topic 'StelalrMate App Video Tutorial' in the forum. 8 months ago

Thanks Jasem. And will the app work only with the Stellarmate licenced version of EKOS, or all versions?

Mark Sandford replied to the topic 'StelalrMate App Video Tutorial' in the forum. 8 months ago

Hello Jasem. This looks promising, I took a break from StellarMate/EKOS earlier this year after a series of unstable builds on the Mac, which are hopefully resolved now, I'm ready to try again. Was very much hoping for a native app too, looks like it's here.

How stable is the app right now?

Mark Sandford replied to the topic 'MacOS: Unable to find INDI Drivers directory' in the forum. 11 months ago

Mark Sandford replied to the topic 'ZWO EAF: Connection issues after using it with ASICAP' in the forum. 11 months ago

I also own the ZWO EAF, it works brilliantly with Sequence Generator Pro, but I'm trying out EKOS for fun. Everything works except the EAF, EKOS recognises the correct focus point and just about every other parameter, but won't move the focuser.

Mark Sandford replied to the topic 'Resolving M20 with astrometry.net fails' in the forum. 11 months ago

Hello! I've just arrived here after using Sequence Generator Pro for most of the last year.

For what it's worth, SGP has a known issue plate solving M20 as well, it's been reported on their forums too. Very weird, it's not like it's one of these crazy-osbscure DSOs...

Mark Sandford replied to the topic 'MacOS: Unable to find INDI Drivers directory' in the forum. 11 months ago

Wow, quick reply! Thanks, that seems to have fixed it, there must have been some interruption to the Wizard. I didn't have the Python box, but that's the only difference. I'll see how I go.

So, I tried to install KStars/EKOS on my Mac yesterday and I got this message when I opened it. I click OK and I get KStars working fine, but EKOS grinds to a halt when I hit the Play button, same message, then the whole thing freezes and I have to Force Quit. My intention is to use EKOS for imaging control direct from my Mac for the moment, then transition to a headless system using RPi4 once I'm familiar with the software.

This was a completely fresh install of KStars 3.2.2 as downloaded from here indilib.org/download/osx.html . My impression was the package would install all the necessary INDI Servers/Drivers, but looks like it hasn't. The ReadMe guide refers to every other sub-directory we might need to use...except this one.

I tried KStars/EKOS a few months ago, but ended up putting it aside after a few notoriously unstable MacOS builds, and my StellarMate RPi3 failed with a hardware issue. I understand it's much more stable now, so I'm really looking forward to giving it another try!

Mark Sandford replied to the topic 'Ongoing problems with EQMOD - can't clear fault' in the forum. 1 year ago

Thanks for that. Jasem has sent me some new software to try out, I will attempt that today. Don't know if the bad driver will be replaced in the process.