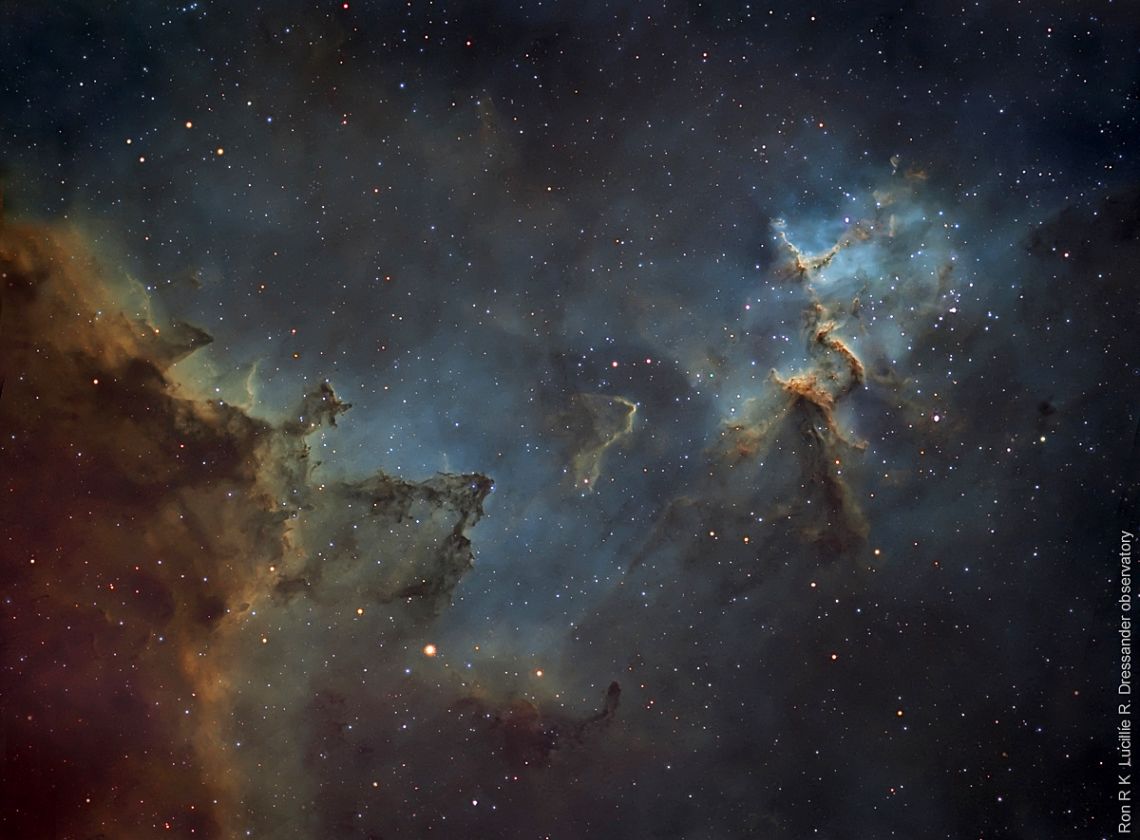 Ron Kramer replied to the topic 'Post your INDI Setup!' in the forum. 7 months ago

Thank you Jabian. The AVX is standard (low end basic mount) but I've been very happy with it. I tried several dolly options because I'm not into work... setup carrying out - connecting etc.
I can be rolled out and shooting in about 5 minutes and if clouds come in I can be rolled back into the garage in 2 minutes.
I tried several cheap dolly options and failed. Mostly due to not rolling in grass or taking bumps well. So I went to this. It's a Bogen tripod dolly. They are 400. (ouch) but they had two
open box units for 200 each. I bought one and shared the find and the other sold fast. I kinda wished I had bought them both for that.

Ron Kramer replied to the topic 'Post your INDI Setup!' in the forum. 7 months ago

I've been into this for 3 years now. Went to indi after 2 years. Jasem hot-swapped my driver and tested/ran my setup from the other side of the planet.
I'm fully remote from anywhere. I still swap back and forth. 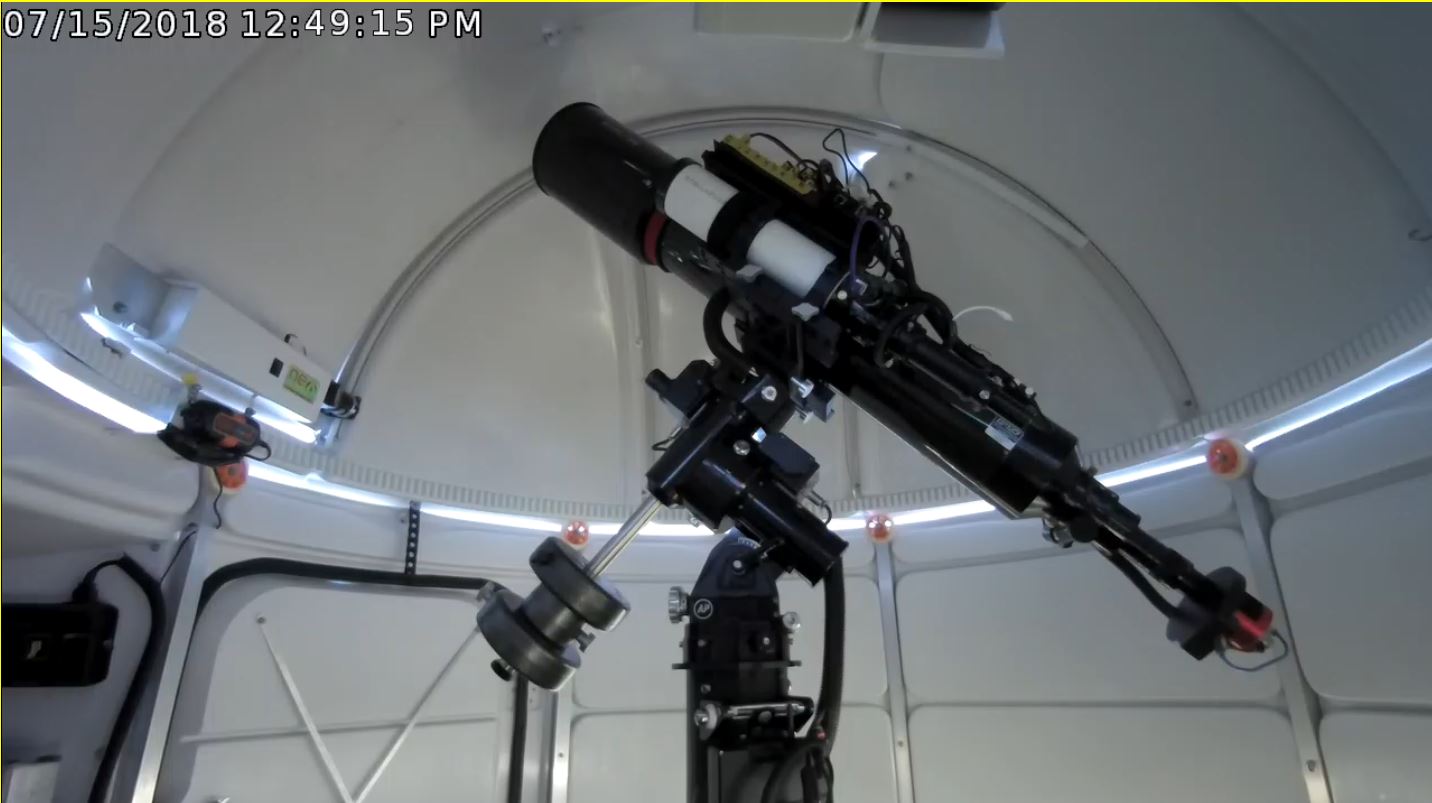 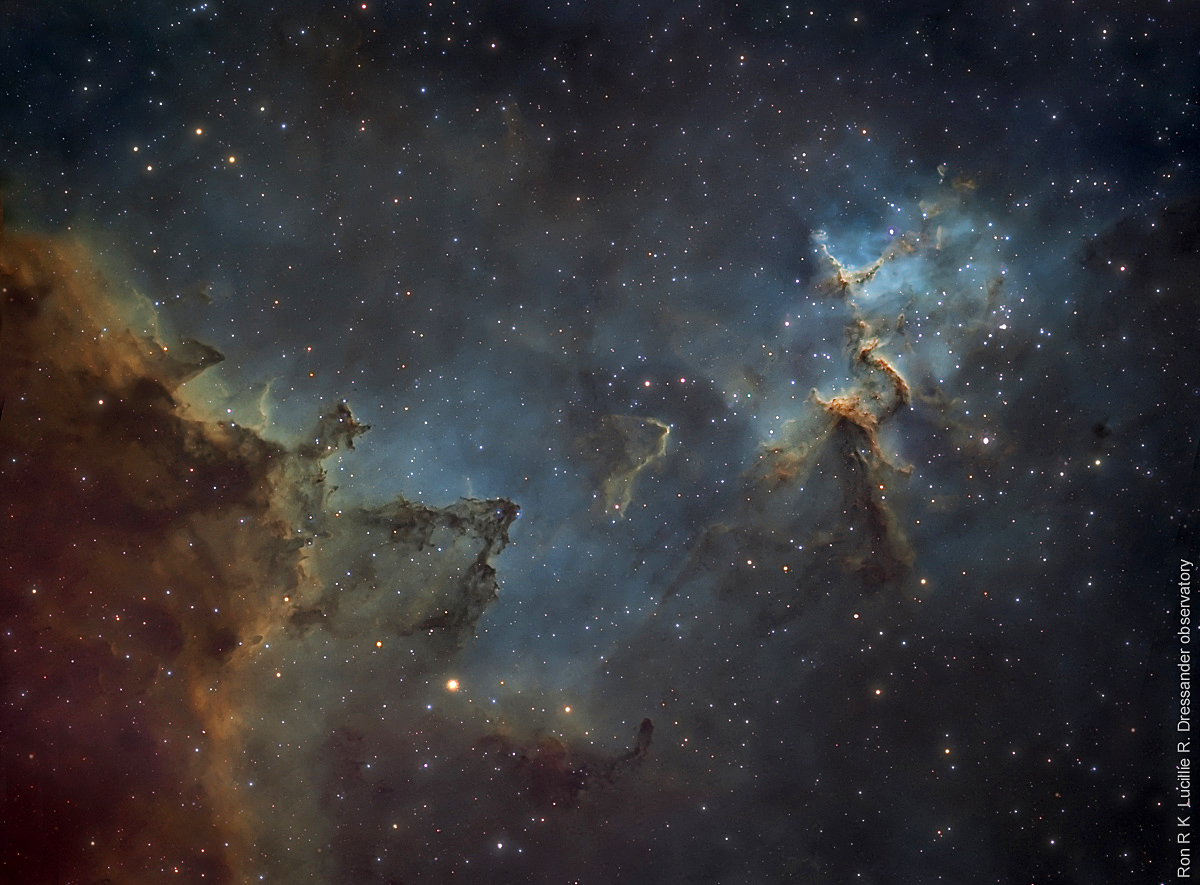 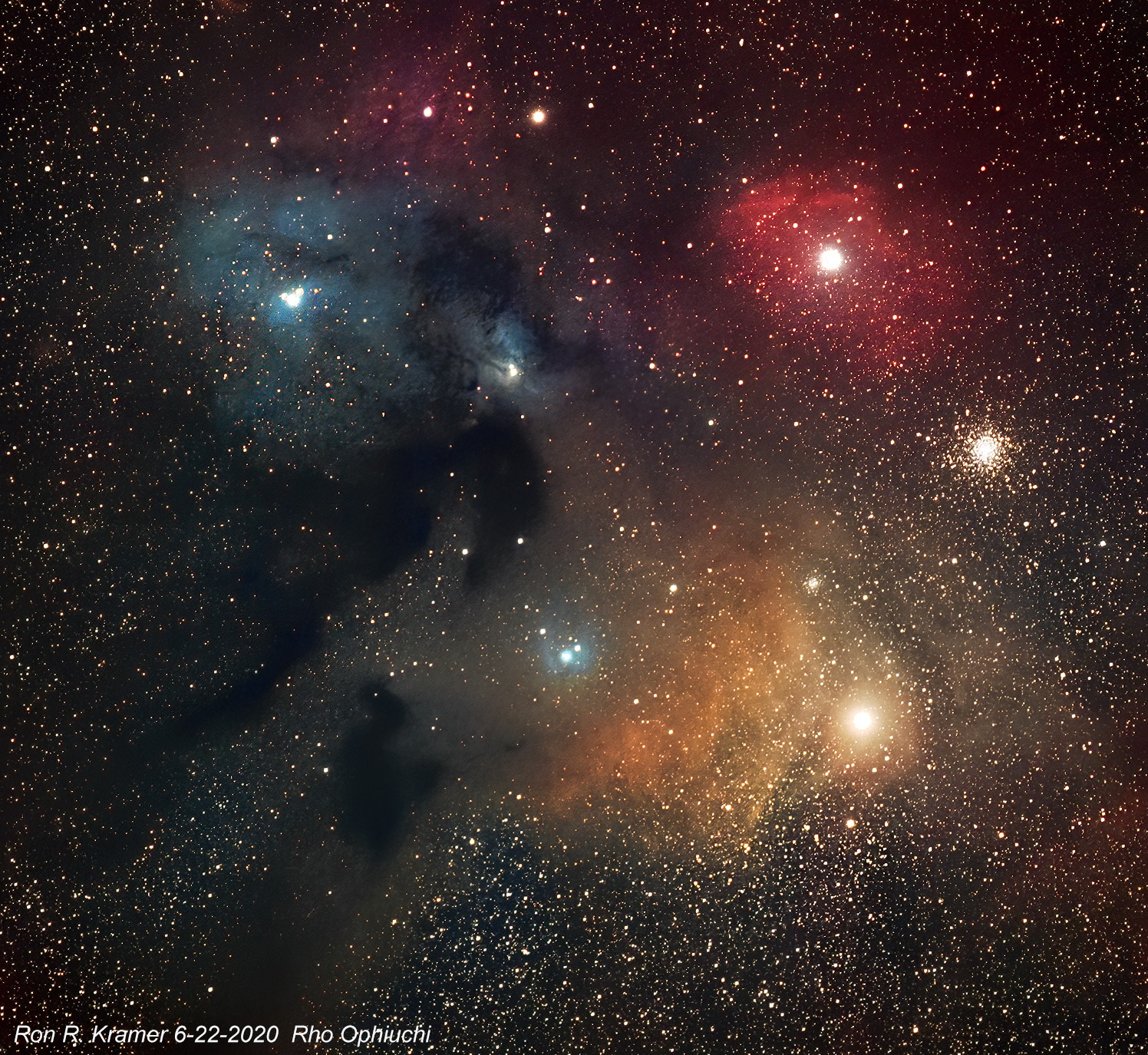 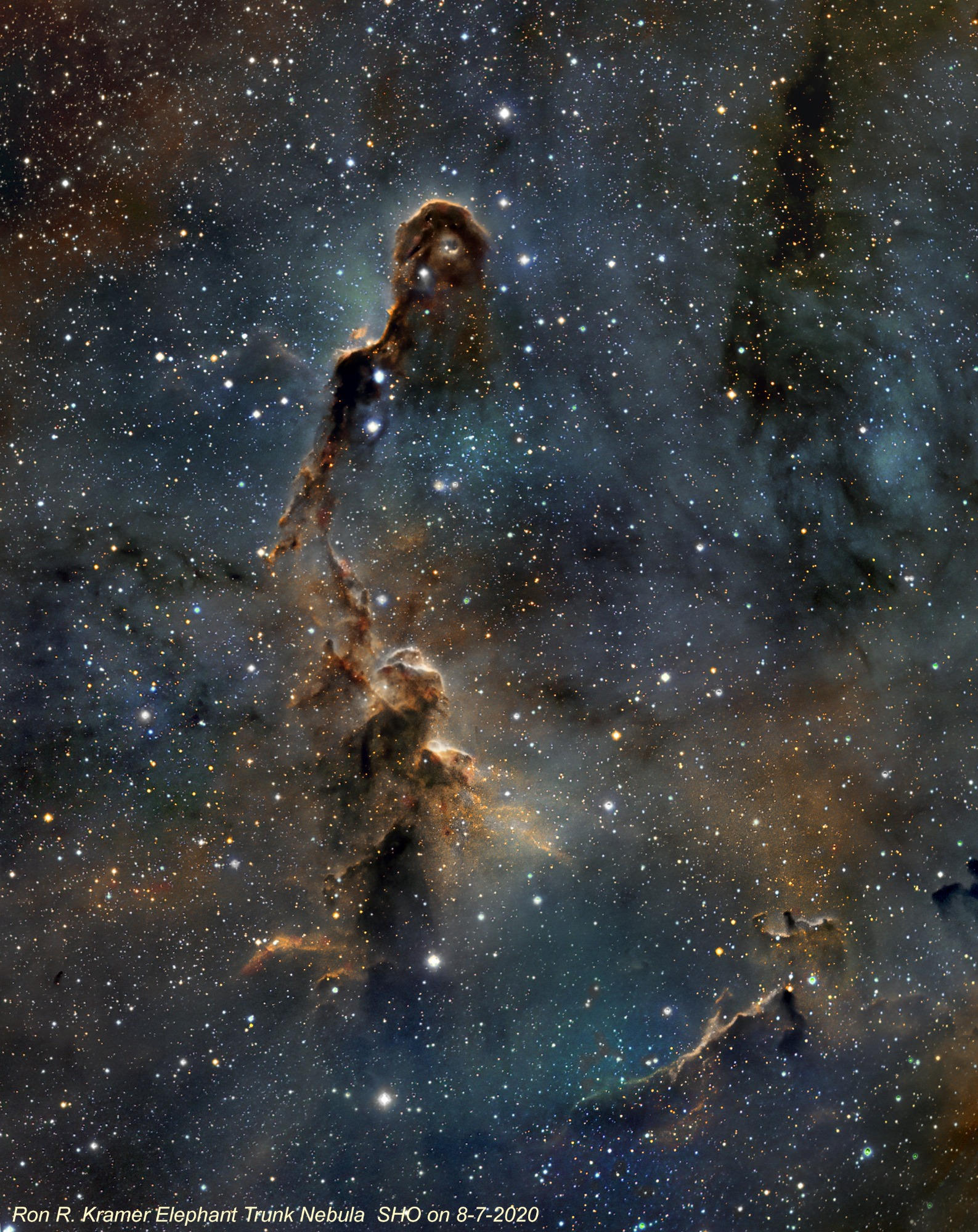 Joaquin thanked Ron Kramer in topic Can anybody recommend USB GPS dongle for RPi/StellarMate? 10 months ago

Ron Kramer replied to the topic 'USB3 may force me to move off of Raspberry Pi' in the forum. 2 years ago

I am currently seriously considering the new Odroid-N2 as an upgrade.

I have been eyeing that as well. If you go for it, please let me know.

This is another target I did that night. Probably my worst image ever. I had a hard time picking out the nebulousity with the OSC camera. This too was a DSS LIVE stack.
PUSHED to the max and some = ( There are histogram sliders in DSS LIVE you can adjust during stacking. something EKOS fits viewer needs BAD (it's the only fits review that doesn't have any histogram controls! = (

Anyway this made me realize I have to go to darker skies with the OSC (or wait for perfect nights with no moon. 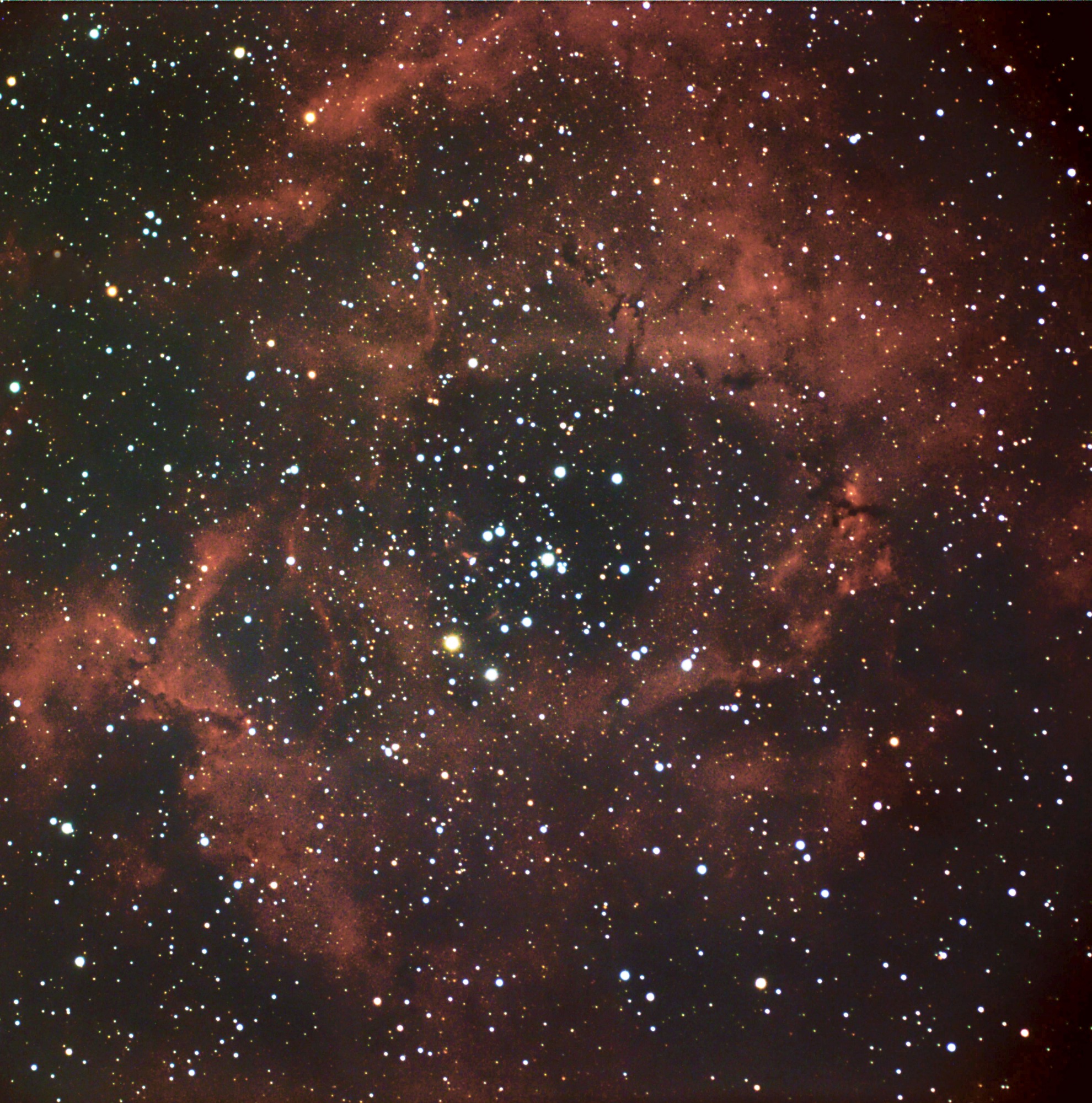 Here are the 8 subs I stacked. You can see by the hot spot the different exposures. I threw the worst out into the non stackable folder and kept the best 8.
DSS LIVE will look at these and produce a color stack. 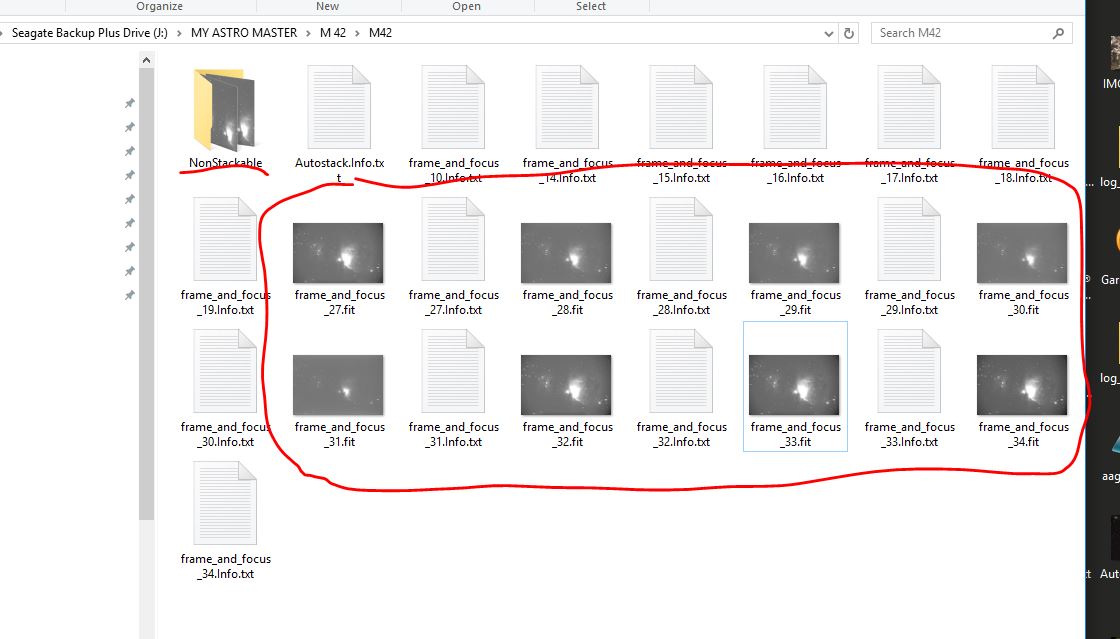 with DSS live (free) you set the path that it will monitor. I had some issues with it debayering at first. There are no settings. Someone told me I had to go into DSS (not live) and set those settings... and DSS live will use the same settings. I have no idea how to use DSS... I tweaked a couple settings to debayer and stack a test. I then exited and then DSS LIVE worked. I use pixinsight for stacking normally... but I do love to use DSS live during acquisition. This is one of the first OSC images I did with the 094 and the only one that was any good. Other targets were to weak for my LP.
I've moved this camera to a little 80mm and a little mount that I plan to use at my daughters (darker skies) this summer.
The only time I ever used DSS was to set debayer. Else should be defaults. (the two programs confuse the hell out of me). Luckily - DSS LIVE has no options. Just set the monitor folder... let some get saved and hit go... or stack. And let the fun begin.

Caseyfinn wrote: Ron that is beautiful and not just for the simplicity of it. Mind sharing your settings for live stacking. I’ve never done that nor knew it was available. I guess you’d just have DSS monitor a folder and anything new is just added on top of the last as long as they line up? Then bring the black levels up/sky glow down in photoshop? And of course you could just watch your project coming together in a kinda rough draft work flow?

+1 I have this box too. It would be important because many people with stellarmates use this power box to power the entire system. (as I do but I use the Asiair at this time)
I've not looked at the driver yet? Is Kstars/Ekos more stable on the stallarmate vs PC connected to PI server? (which crashes quite often on PC).