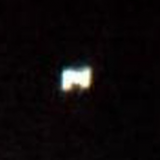 Pedro Rodriguez Perez replied to the topic 'Update on the LX200 10 Micron driver' in the forum. 2 months ago

thank you all for your replies! I will most definitely post my updates here.

@knro I will definitely take a look at those issues, I think we also had issues with the tracking after the meridian flip but it might have to do with our mount model not being that great, we have to do some adjustments still

@mworion WOW!!! Last time I took a look at the mount wizard was a looooong time ago, it has grown so much since then! You've done an amazing job there. I will most definitely take a look at it and maybe even contribute, although since I already did quite a bit of development in INDI proper I will probably keep working on the INDI-Ekos combination

Pedro Rodriguez Perez created a new topic ' Update on the LX200 10 Micron driver' in the forum. 2 months ago

So as part of a student project at the Technical University of Munich I made some changes to the LX200 10Micron driver in order to add the satellite tracking capability included in later versions. I still need to do some debugging and polishing and after that I would like to create a pull request and merge my changes upstream, I'm guessing some time around end of January. A short introduction to the project: we want to use the 10Micron mount together with a Celestron to track satellites and derive light curves from them, eventually we would like to automatically get precession and nutation information based on optical observations of uncontrolled satellites like ENVISAT.

My main concerns are as follows:


I close with a question, is there any other driver that has a satellite tracking implementation? I looked around a bit but also couldn't find any

Thanks a lot in advance! I like this library SO. MUCH.