Sundewaholic replied to the topic 'Astroberry - purge and reinstall KStars and INDI' in the forum. 3 years ago

Ah, I'm quite new to astroberry/ raspberry, didn't know you are the author of astroberry, and thanks for the info!

The problem I have is that I never be able to connect all my 3 QHY cameras (QHY168C, QHY5L-ii-m and PoleMaster) in Astroberry's Ekos/ Indi, could be related to the USB connections or the drivers (or something else!). I'm advised to try purging KStars and INDI and install the code from Jasem Mutlaq in Launchpad, perhaps the advisor uses Ubuntu Mate, I'm not sure, but it seems to be working in his case.

I think I have slightly further narrowed down the problem I have. I reinstalled astroberry (the 5th times, and without the polemaster installed), PHD2 seems work fine with QHY5-ii-m, but whenever I start running the Kstars and INDI server, PHD2 can't get any more frames from QHY5L-ii-m, the screen stuck. Is the QHY168C tried to compete with the USB port numbers?

See screen dump for the dmesg when I start the KStars/ INDI server . How often the INDI libs are updated for the astroberry (Raspbian) version? Jasem does have 4 updated QHY libs files, not sure what they are used for but when someone like me really struggling with the problem for quite a period I don't really mind to replace astroberry with Ubuntu Mate. What's your advice? 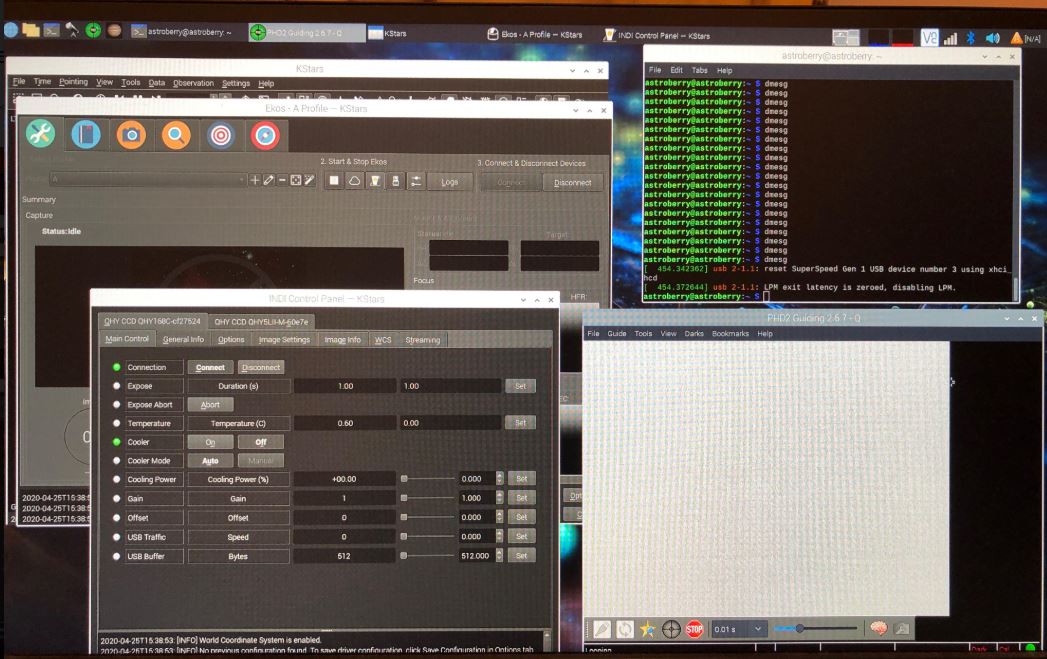