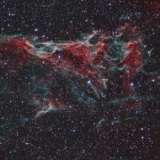 Jim S. replied to the topic 'Installing Stellarmate OS on ASI AIR' in the forum. 1 month ago

I have an ASIAIR PRO and purchased Stellarmate OS the goal was to use the APP on this device.

I confirm that it works like explain above, but the ASIAIR PRO device contains five 12V DC output very usefull for power supply camera, focuser, but with Stellarmate it seams that those power supply output are not active.

I'm little bit disappointed, somebody knows whether Is there a way to activate the power supply?

You may want to start a new thread with the DC power and ASIAIR PRO using the StellarMate OS as your subject to get a quicker reply. Have your tried to load another driver that will control DC power outputs like the "Pegasus Astro Pocket Powerbox" otherwise it may be a function of someone reverse engineering the DC outputs on the ASI to get them activated/access.

Jim S. replied to the topic 'Astrometry index files' in the forum. 2 months ago

You have to download the astrometry files to the directory that you have listed under your options tab.

Here is the link:

Jim S. replied to the topic 'Celestron CGX - Not tracking after slew' in the forum. 2 months ago

I have a CGX that I recently updated the firmware on the HC as well to version 7.17.0025 and I will test this out first clear evening I get. Hopefully Friday.

Croz wrote:
CPC EQ mount was the other model. So not just for alt az mounts.


CPC EQ is an Alt-Az mount.

Fabrizio wrote: Celestron AUX is designed to work without the Hand Controller. The HC can be used only as transparent connection port.

This driver uses the alignment procedures offered by Ekos that are based on the alignment subsystem of the indilib.
See the Align tab of Ekos. There is several documentation around.
This is the first step to see correct coordinates in your scope.
Remember that an alignment with ta least two stars can automatically establish if your mount is equatorial or altazimuth oriented.

I developed the serial connection for the driver on my CPC 1100 that has only serials, no USB.
If the AVX mount slew with manual commands from Ekos, this is really good. meaning that the AVX mount can be added to the supported list.

A question: which cable and port are you using? USB or RJ connector? If RJ, how many contacts has the connector?

I am now using 1.5.3 and can verify that the driver is included in the standard build. The questions I have are does it support the AVX. Although the beta description was that this driver was tested with two of the Celestron mounts. That does not mean those are the only two mounts that it supports. CPC EQ mount was the other model. So not just for alt az mounts.

I have messaged the two people listed on the beta, earlier today.

If we can get this working this could be a major benefit to all Celestron users. I can’t be the only one interested in this driver. This is like EQMOD for the Celestron mounts. If the driver is included in the standard SM build, my expectation is that we should be getting support on how to use it.

I have a Celestron CGX mount, trust me I'm interested but I do not have a NexStar Evolution mount, this is the Alt-Az mounts that Celestron sells. I was looking at the AUX, RJ45 and RS-232 connections and the requirements. These have strict voltage requirements, I would be very careful with this setup.

Note: I had to send my AVX back to Celestron years ago due to the strict voltage requirements. The older versions if you inadvertently connected the HC controller to the DEC motor board it would short circuit the DEC board. They have since redone the plug configuration for the DEC motor board but the voltage requirements are still in place and if you fail to follow them, it will burn a board out.

Croz wrote: Check out hype description for Celestron AUX under the INDI drivers. The beta is described as the EQMOD for Celestron. No handset needed. The driver is now available in SM 1.5.3, so it looks to be out of beta.

indi_celestron_aux is not included with indi-full by default. It is a new separate driver and at the moment must be installed from source. You can install current version of the driver from the Nightly INDI PPA. for Ubuntu 16.04 or newer. It will probably migrate int main PPA at next release. This driver is a full replacement for the NexStar Evolution driver which will be discontinued in the near future.

Warning: This is a new, beta-quality driver and should be treated as such. There are no known functional issues with it and only one long-runtime-stability issue. Nevertheless, the driver should not be left operational unattended.

Croz wrote: OK so I upgraded to SM 1.5.3. I’ve been trying to use the new AUX driver. Now I have an AVX and I’m not sure it’s supported?

I’ve been able to connect to the scope using the same USB connector to the handset. It doesn’t require me to do any alignment. And I can connect and slew. So this is good.

But from this point I run into issues. I would expect to plate solve and sync and then the avx would get it’s coordinates. I would then be able to see the crosshairs in Kstars. I’ve been using the AUX connector with the simulators. I set the scope to home position.

There is RA and Dec info under the EQ coordinates. When I try and set these the mount slews but only RA, not Dec. in the description of the beta there is mention of connecting via the handset, but then there is a point that says the handset can confuse Ekos. Could this be what is happening?

Let me know if I can provide logs to help.

Pretty sure you need to two star align your mount via the handset first, then use Kstars to sync with plate solving. What you are writing about is more of an EQMOD Synta mount behavior.

Jim S. replied to the topic 'Compiling Dev build.' in the forum. 3 months ago

Went ahead with the build, it compiled fine, no erros. Running QT Creator and looking around.

Just unsure if those optional packages are needed for INDI?

I am trying to make the Dev environment for INDI. I followed the instructions via Jasem for settings environment. When I went to do the cmake I had an error that the libfftw3-dev was not found nor the ogg and theora libraries.

I installed the libfftw3-dev library and reran the cmake. It appears to have ran okay but it is still showing this:

-- The following REQUIRED packages have been found:

-- The following OPTIONAL packages have not been found:

Should I assume that the cmake will compile without issues or am I still missing something? Are these optional packages needed for the dev environment?

Jim S. replied to the topic 'Mosaic tool - overlap not correct on width' in the forum. 3 months ago

dmsummers wrote: Sorry, I don't understand either of the last two posts. What seems to make sense (although it could also be totally wrong) is that the total RA field must need a mosaic panel RA position offset adjustment proportional to (1-cos(dec))/N RA panels (or similar). At DEC=45, and for a 2 panel RA mosaic, this would be a 30% total RA panel field size position adjustment divided by the 2 panels (left panel left, right panel right). The devil's always in the details (e.g. likely need to map camera rotation to N/S, E/W coordinate vectors), so a deeper code eval with a few good sim tests is needed to sort and fix the bug. BigNoel, since you're already good at setting up the test(s), it might be nice to know what the sim says about a 2W x 1H mosaic on Polaris.....

I was just removing myself from the conversation when it went into 'cos' and 'sin' math functions. After reading the Telescopis code and that work around for the DEC I knew I was way outta my league...

Jim S. replied to the topic 'Mosaic tool - overlap not correct on width' in the forum. 3 months ago

Gonna remove myself from this conversation while I still have a single brain cell left...