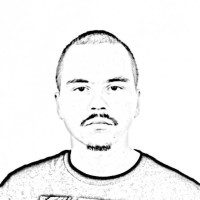 Konstantin Baranov replied to the topic 'Dither counting when repeating sequence' in the forum. 1 month ago

I too did something similar recently. It appears, dithering only works within a sequence independently. Also, its frequency must be set to no more than a half of the sequence length it it won't run at all. I ended up with a repeated sequence of 6 shots: RGBRGB and dithering set at every 3 frames. Effectively it dithers every 6 frames in the middle of each sequence.
The more I use Ekos the more I feel like, for my use scenarios, repetitions should be handled at sequence level, not in scheduler.

A few use scenarios when I wanted some sort of mask, ROI, annulus for the guide camera:

Konstantin Baranov replied to the topic 'Celestron AVX parking is disabled in Scheduler' in the forum. 2 months ago

I updated everything yesterday, got 3.6.2. The parking checkboxes are still greyed out.

Konstantin Baranov created a new topic ' Celestron AVX parking is disabled in Scheduler' in the forum. 3 months ago

I used to have unpark on start and park on shutdown check boxes enabled and it worked. Recently those boxes started being grayed out and parking at shutdown is not done anymore.
Here is the log with debug stuff enabled for scheduler and mount.

It looks like Scheduler believes that mount is not capable of un/parking. However, once Ekos is started, parking is actually available in the Mount tab or directly from INDI. I added a shutdown script that initiates parking via indi_setprop and it works. Checkboxes are still grayed out all the way though the session.

Konstantin Baranov replied to the topic 'SQM-LU support?' in the forum. 4 months ago

I'll answer myself. An SQM-LU-DL unit works fine right out of box.

Konstantin Baranov created a new topic ' SQM-LU support?' in the forum. 4 months ago

Does the indi_sqm_weather driver support the SQM-LU (USB-only) device? Any other variant of the SQM besides the SQM-LE?
The driver page says it's only for SQM-LE. The driver code mentions two connection options, namely Ethernet and serial, whatever that means...

Konstantin Baranov created a new topic ' In-sequence position verification is broken in 3.6.1' in the forum. 4 months ago

Regular alignment on job start works with either internal solver or ASTAP.
If I set 'Verify captured image position every 2 frames', every other image triggers a 'Solver failed: 16.2s' kind of message. Position drift remains unknown of course. Same story with both internal solver and ASTAP. I tried enabling all sorts of logs but got nothing more from this procedure (there are many unrelated messages though), only that one message at the end.
I see new threads or ASTAP process spawned. The time taken is similar to what it takes to successfully solve an image. I suspect it is actually OK, but results are broken on the way back. I tried actually do 'Load & Slew' with a just captured image. It solved the image nicely.
If I set 'Verify captured image position every 1 frames', KStars crashes right after it gets the first image. Again, nothing from the solver in the logs. I'll try to fetch crash dump next time.

Konstantin Baranov replied to the topic 'Celestron focusser activity is hidden from the Analyze' in the forum. 4 months ago

There are multiple sessions in the log.
The first one or two had only the mount device with focuser connected via AUX port. Some focuser properties are reported in the log by the Celestron AVX device. OT drop down showed no focusers.
After some tinkering I re-connected the focuser with a USB cable, added the Celestron SCT device to the profile, and it became available in the OT configuration. This is how it worked for the rest of the night. It works fine this way, except cabling is less convenient.

Konstantin Baranov replied to the topic 'Celestron focusser activity is hidden from the Analyze' in the forum. 4 months ago

It just got worse with the last release of KStars. Optical trains configurator does not recognize the focuser presense. So both trains have no focuser rendering Focus module unusable. Focuser tab is there under mount's INDI device and I can tinker with it directly.

Konstantin Baranov replied to the topic 'KStars crash during focusing' in the forum. 4 months ago

Here is more detailed log from last night. KStars made it almost to the end but still crashed at 5 AM

The stack trace is exactly the same. I can share core dumps if anybody wants to look. Again, when I run GDB on those dumps, no helpful stuff (local variables, links to source files, etc.) appears despite the KStars debug package is installed. Do I miss some important step?
My imaging computer has only 2 GB of RAM. KStars itself takes over 1 GB. I tried running it under Ekos Debugger. GDB takes another 1.5 GB and things get really tough, though it doesn't die right away.

This time it again happened when Focus just started. Another interesting fact is that guiding is still running (Focus has been only doing a test exposure (why do I have it enabled?..)) Apparently, two cameras finished their exposures really close to each other and here the story ends.
My both cameras are ZWO now. Until about a week ago I used SX Lodestar as a guide camera and got similar crashes. I only have terse logs from the past. Here is one.

File Name: log_19-11-18.txt.gz
File Size: 14 KB
It ends during normal capture cycle. Guiding exposure was 1s. I do see a good chance that main and guide cameras finished at the same time.