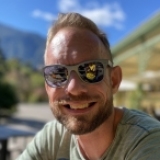 Karsten Buxtehude replied to the topic 'I gave up on the mobile Stellarmate app (iOS, Android), on the Stellarmate OS...' in the forum. 7 months ago

Karsten Buxtehude replied to the topic 'I gave up on the mobile Stellarmate app (iOS, Android), on the Stellarmate OS...' in the forum. 7 months ago

Does this sound better?

Sorry for posting anything in this forum. I am done with this...

Karsten Buxtehude replied to the topic 'I gave up on Stellarmate' in the forum. 7 months ago

Thank you for the hint.

I know SM works quite well on a Raspberry, as Astroberry does.

My complaints are about the apps (Android and iOS). I personally prefer the way you mention: using the OS via VNC, (again, why should i buy SM when Astroberry does a the same job for free?). But our customers are the new generation, only able to press three buttons on a mobile device and complaining it is too complicated. These brain handicapped need a solution, being born with a mobile device in their hands. The only one working is ASIAIR, which is no alternative.
Both SM apps do not work. We tried about 12 devices to get them running. Several versions, several different people tried it. It's just the apps, neither users or devices. EVERY customer, who tried to use SM came back to us (unfortunately I recommended SM in the past) and told me, that the mobile apps do not work. But that was the reason to use the app. We switched them to N.I.N.A with VNC and they are happy now (but still missing a mobile app - which we solve soon).

Problems occur of course. Every software has it's glitches. But the way the support man treated me showed me there is no real interest in it. He had his chance...

Karsten Buxtehude replied to the topic 'I gave up on Stellarmate' in the forum. 7 months ago

Thank you all for your suggestions.

You are correct. The Stellarmate OS is running quite well and it is very close to Astroberry. But.. why should I use SM when AB is working very well?

To be honest: I prefer N.I.N.A, I am more a solar observer and the hardware requirements are too high for Raspberries.

I only was looking for an alternative to ASIAIR which is a pain in the ass (i was working with all three versions, the best one is the PRO version so far) for our customers. I even offered Jasem a big budget for developing the app further, but he never showed any interest ("please open a ticket"). Yeah, sure, I am willing to pay thousands of bucks and get treated like [censored]?

Now I am looking for a programming team to create an app solution for N.I.N.A.

A reliable micro PC with a lot of processing power is not much more expensive compared to a Berry. So why bother with SM anymore? Especially when there is no interest of the creator?

Don't get me wrong: I love INDI, I am just tired of SM.

Karsten Buxtehude replied to the topic 'I gave up on Stellarmate' in the forum. 8 months ago

Thank you very much for the hint.

I gave up on Stellarmate. It never worked, the problems are not logical and the support is non existent.

I just wanted to yell out my frustation here. I will not waste any minute more to this. Life is too precious to be wasted to this piece of software. Astroberry works perfectly. It is just the Stellarmate app on iOs and Android.

Karsten Buxtehude replied to the topic 'I gave up on Stellarmate' in the forum. 8 months ago

Tahnk you for the suggestion. They both were in the same network.

But, EQDIR cable does not work also. I can't do anything with this connection. The mount does not move.

Karsten Buxtehude created a new topic ' I gave up on Stellarmate' in the forum. 8 months ago

Again I wasted hours with trying to get Stellarmate to run.

I discovered a lot of things, which do not work:
1. iOS: The app has no pulldown menus for the device. It just shows " - -", nothing more. Autodetect may work, but after 4 hours without detecting anything I stopped it. This behavior had all recent versions of Stellarmate and four different iPads.
2. Android: I was surprised. First time i ever got any pulldown menus. But that is all. I tried to connect the AZ-Gti as described. Typed in the IP address and pressed the "SET" button. Nothing happened. Even restarts, prayers and swearing did not help. No possibility to change the IP address.
The cam is connected but has no function.

Yes, I opened tickets. But the usual answer "download the latest version of the software" got boring over the time.

I am sad about it. I was looking for a better solution to ASIAIR. But now I recommend our customers to avoid this piece of software.

Karsten Buxtehude replied to the topic 'StellarMateOS on ASIAir Pro hardware' in the forum. 1 year ago

Thank you for the hint.

Karsten Buxtehude replied to the topic 'StellarMateOS on ASIAir Pro hardware' in the forum. 1 year ago

I am trying a different thing, but similar.

I tried to use Astroberry on the ASIAIR PRO. I installed the ASI-Power driver and changed the config.txt as mentioned.

But ASI Power crashes. What am I doing wrong?

Karsten Buxtehude replied to the topic 'AZEQ6 + EQMOD' in the forum. 2 years ago

Is there any error message? Is the power supply strong enough ( I have had strange problems using a too weak power supply)?

Before I switched to NINA on my AZEQ6 I worked with Astroberry and it worked immediately.

Karsten Buxtehude created a new topic ' Multiple Focusers at once' in the forum. 2 years ago

It's me again, the guy with the weird questions... and I hope I got the correct category.

I am using the onstep focuser (only one of the two possibilities, because the second focuser looks a little bit restircted in control), and three MyfocuserPro2 (in construction and protoype phase).
As far as I discovered: only two focusers of Myfocuserpro2 are accepted in Indi, the third is just ignored.

Is there any workaround? Or do I need to use 1x onstep focuser, 2x MyfocuserPro2 and a third one? It even is going to be more complicated when I am going to use a second etalon with it's own tilt "focuser".

Thanks in advance for your help,

Karsten Buxtehude created a new topic ' PlayStation PS4 Controller (one to control them all)' in the forum. 2 years ago

Jasem did an excellent job to explain how to use a Playstation Controller with Indi.

Only one hint to make life even more easier: before you can use Jasem's tutorial you need to install the PS4 driver onto the raspberry (Astroberry, Stellarmate should work as well):

The Python and pip things seem to be installed already.

After this you can use Jasem's tutorial all the way.

It works perfectly on my side... but... as usual I have something to ask for:

As far as I know Alain wrote the INDI driver for onstep and some buttons of the controller can be used.

We have plenty of buttons, axis, and joysticks on the PS4 controller. Would it be possible to use some more of them?

Wishlist:
2 buttons or joystick for focusing (unfortunately the focuser is in the onstep-mount driver included; no chance to define more buttons here)
2 buttons for focuser speed

(Sorry for the german, I am still fighting to get it back to English).

Is there any chance to get this?

if anyone shows me where to start, I would like to try it myself.

Karsten Buxtehude created a new topic ' Idea for automated doublestacking' in the forum. 2 years ago

I am working on a double stacking with two PST40 etalons. While designing the tilt unit for each etalon I was thinking about the following setup:

Usage of a high ratio steppermotor at each etalon. Therefore I can tilt the etalons like I want and I do not need any helix or other construction. Next step would be to use an autofocus routine like this way:

This looks like a off label use of the autofocus with a 2 step routine.