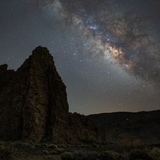 Peter replied to the topic 'About to Install Kstars/Ekos on a NUC with dual boot Win/Linux. Any advice from those who have done this?' in the forum. 3 weeks ago

Peter replied to the topic 'About to Install Kstars/Ekos on a NUC with dual boot Win/Linux. Any advice from those who have done this?' in the forum. 3 weeks ago

I got a small mini pc running Ubuntu now. I successfully installed Kstars etc, and it works fine. I can use nodesk to log in and rund the applications from it just fine. Now I want to try and use it only as an indiserver at the telescope and use my windows machine inside the house. So I went and tried to install the indiserver with instructions from the GitHub site. I am however unable to start the webmanager and I get the following message in terminal:
ser-Default-string:~$ python3 -m indiweb.main
2022-06-10 19:30:08,405 - WARNING: terminating indiserver failed code 1
2022-06-10 19:30:08,419 - WARNING: terminating indihub-agent failed code 1
Bottle v0.12.21 server starting up (using WSGIRefServer())...
Listening on http://0.0.0.0:8624/
Hit Ctrl-C to quit.
If I just use the command “indi-web” I get the same feedback. Can anybody help out here, because I do not know how to move on.

Peter thanked hades in topic About to Install Kstars/Ekos on a NUC with dual boot Win/Linux. Any advice from those who have done this? 3 weeks ago

From what I understand, this script is specifically written for a raspberry Pi. Will this work for a minipc running Ubuntu as well?

Thanks I will take a look at that!

I have just purchased a mini pc running Ubuntu only. I want to use it with my Astrophotography setup. So far for setting it up I understand I will need to install Kstars/Ekos and a way to Remote Desktop into it, and maybe something like PHD. Is there any instruction on how to setup a permanent hotspot for when I am out of my normal WiFi range?
Is there anything else besides the above that I will need to think about when setting things up?

thank you Sameer, hope you are well. I'll give it a shot.

thanks, I’ll try those commands and see what they say. With the new firmware loaded the driver works perfectly now. Still a very occasional timeout error but hardly any, neither at 1 second now it seems.
Again, Jerry over at Cloudynights is busy designing basic goto UI, to replace the one that Richard made. He says he has used a lot of code from the Indi driver, but does not understand everything about it yet. Is there any way he can get in contact with you guys, especially with Jasem. Would be great if you guys can assist him a bit, so that we get some goto functionality right from the phone/tablet.

Allright, I had an email exchange with Richard on how to install all the files on the drives. I'll try to copy what is relevant here.
1. you need to install Arduino IDE
2. Install the following 2 plugins: 1. arduino-esp8266.readthedocs.io/en/latest/installing.html


3 in Arduino . Select board: see screenshot 1
4.Ensure board options are as follows (particularly the Flash Size must be FS: 3MB): see screenshot 2
5.Create a new empty project - call it something like 'test'. Once the new project is created, open your file manager, and create a new empty folder called 'data' in the folder containing your test.ino file.
The folder/file structure should be as follows: see screenshot 3
6.Copy the mounts files (from the Astrotrac website) to the data folder you've just created.

8.In the Arduino IDE, you should see your 360 drive's IP address on the port menu, under the COM ports IP address not shown in the below screenshot):see screenshot 4
I did not see the mounts adress here right away, but got it afer restarting my computer while still connected to the drive's wifi. That worked
9.
Goto the Tools menu and select the ESP8266 LittleFS Data Upload option - this will upload everything you've placed in your sketch 'data' folder (the mount.js.gz file) to your 360 drive:see screenshot 5
Only takes a little while to copy all the files, after that things should work again. 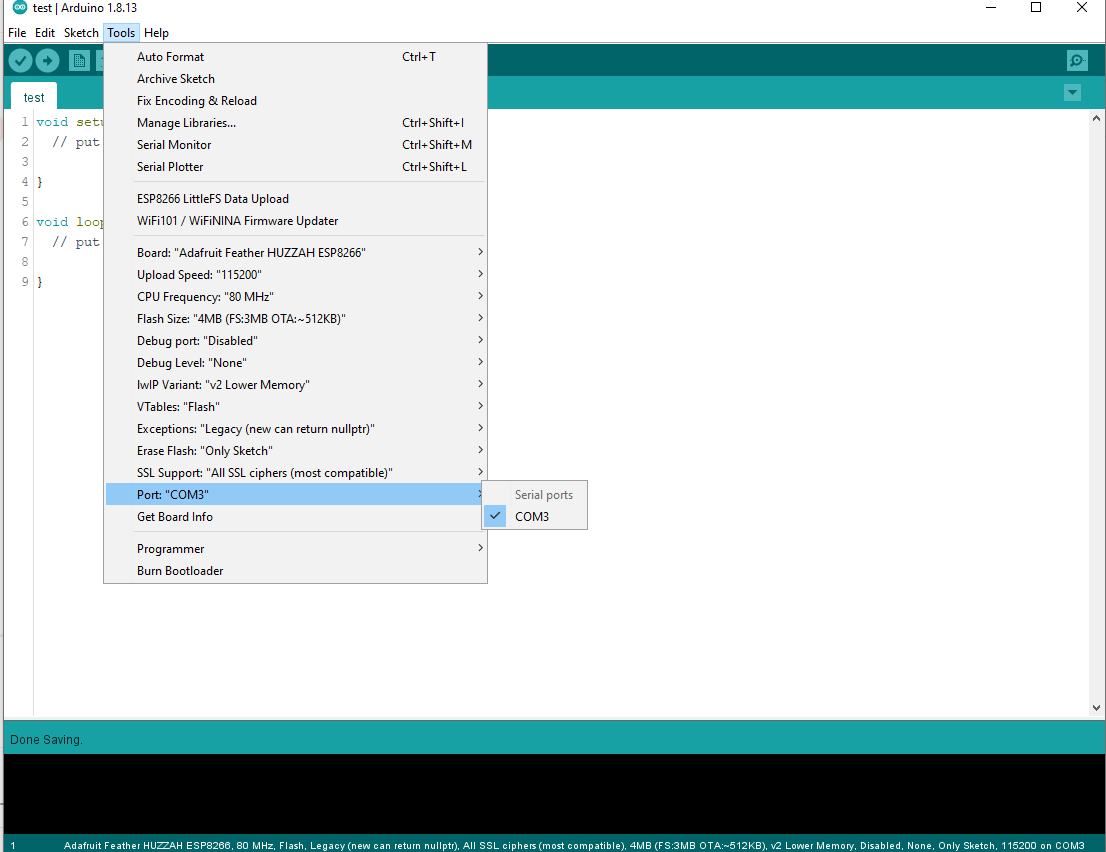 By the way, I am working with a guy on Cloudynights who is skilled in writing code. His name is Jerry. He already has a little test file on GitHub. When finished it is supposed to completely replace the current firmware on the mount and will have a basic star alignment and goto right in the web interface.
I am testing for him as he does not own the mount. I am sure that he would like to get some help, especially from someone with coding skills. It would be nice if maybe you guys here would get involved in that project as well.
github.com/concordia000/Astrotrac360UI/r...ses/tag/v0.0.6-alpha
This is the link where you can download the files. All you need to do is extract the folder on your computer, connect to the mount and then from the file run Astrotrac360 html file. The interface looks like the one from Astrotrac, but has some basic extra functionality in it.

Hi, yes I did do the firmware first and then the file transfer and it. There are two options for that as far as I can tell in the AT360’s web interface. One is in the firmware upgrade section, and there is a separate option as well to load files. I used the one that is combined with the firmware update section. Did not work.
Anyway I had a lengthy conversation with Richard last year by email, where he described all the steps including some screen shots. I’ll be posting those here later today. I simply do not have time to do that right now. I found that I still had Arduino running om my computer and as I had done it before, it was still properly setup to work with Astrotrac, so I was done in just a few minutes. With the firmware update, Richard also posted a folder with all the files that need to be transferred to the mount, not just the three that he says you need to transfer. I used those and everything is working fine no, finally!

By the way, there is some confusing information on how to upgrade to the latest firmware on the website. It tells you to load it via the firmware update prompt in the UI. That is easy. But then it tells you that you have to also upload 3 other files to the mount. A mount.js an Astrotrac360 html file and one other.
I tried that via the UI as well and it caused me to no longer be able to communicate with the mount. That’s why I had to flash the entire software to the mount with Arduino. So please be careful when upgrading.

Allright, I decided to flash both my drives with the latest ui files that are provided by Richard on the website. For some reason this has helped as everything is now working as it should (yes!!) Parking and everything, it evens starts parked when first connecting. So apparently my firmware got corrupted or something. I couldn’t be more happy. The timeouts have stayed away by using the 3000ms iso 1000. Should have some clear skies later this week. Hope to be able to try it out under the stars.

Ok, I just switched my drives around and made the dec drive the RA drive and vice versa. Behavior was exactly the same as before. So park only works for RA but not for the Dec drive. I did perform a full update right before I did it, just to be sure.

Strange that I am showing the park problem. I think Sameer was saying he sometimes sees that but not all the time. And I can remember from a while back that it was not doing that either, making things even stranger. I did do all the updates of the drivers, and also the firmware of the drives. I’ll try and switch the units and see what happens then. I have tested with StellarMate both wired and wireless, does not seem to make a difference.
I have also tried the unpark park routine, but the dot before the park option immediately turns red when I do that and only the RA drive will park.
I’ll setup and switch drives now and see what happens.
I too hope that Richard will join in on this. Before the mount came out he basically promised all this functionality, but he doesn’t seem to involved lately. I am sure he has his reasons.
Again I am working with Jerry on Cloudynights. He is trying to add to the current UI to give it goto functionality and the basics look pretty good so far.
wired connection is definitely something we could’ve used. I wonder if it could be added to the board, shouldn’t be too hard I would think.