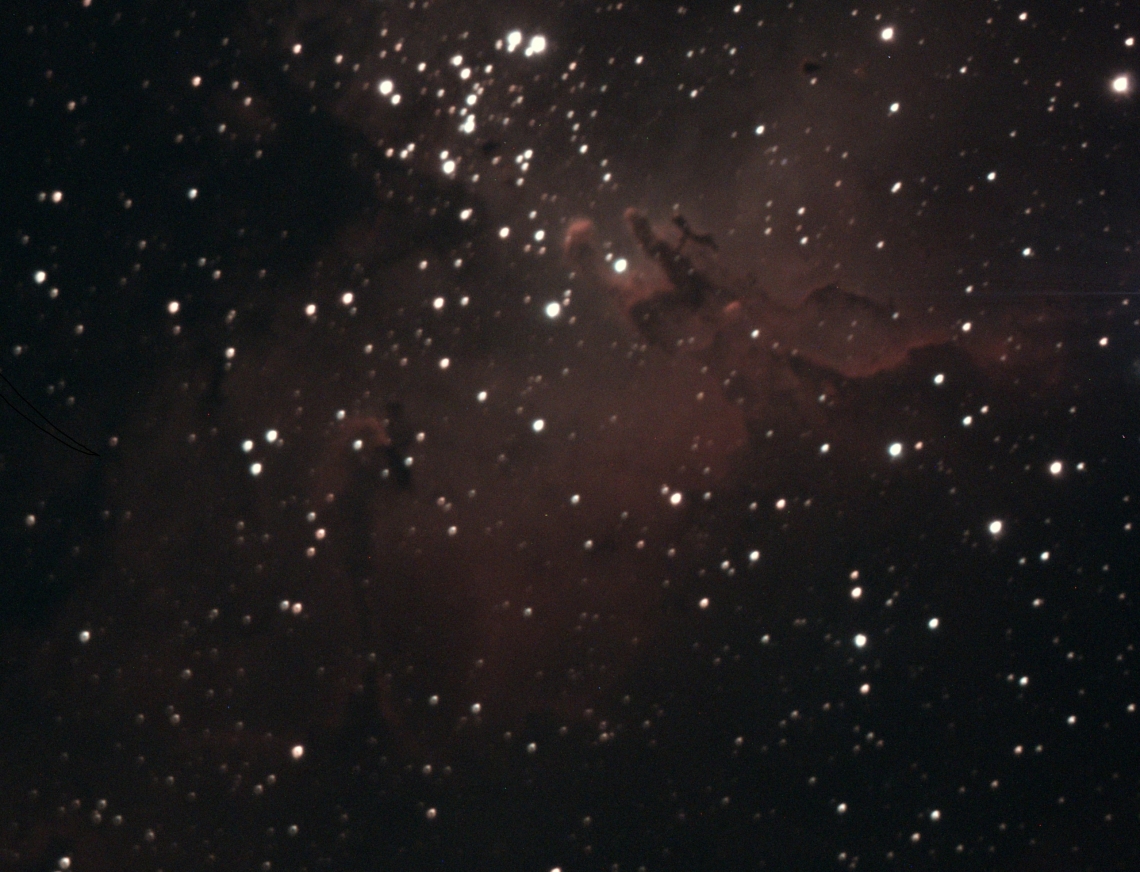 after over a week of rain, I finally had a chance to try it again.
It seems fixed, whatever it was.

I've had rainy days since posting this, and haven't had a chance to see if anything has changed.

Short of re-installing Kstars completely from scratch and having to go through all the personal settings I had again and hoping that resolves the problem, I have yet to figure out how to get it to stop doing this.

The only thing that changed from one night to the next was the bleeding-edge update.  The scope sat in the same place, powered up the entire time, and one night it worked, the next night it didn't.

If it doesn't work the next time I try it, it is effectively a useless scope system.

James Barbot JR thanked jiberjaber in topic Wish List - in the CCD module, could 'gain' and 'offset' be added to the "Postfix:" checkbox options? 2 months ago

jiberjaber thanked James Barbot JR in topic Wish List - in the CCD module, could 'gain' and 'offset' be added to the "Postfix:" checkbox options? 2 months ago

screen shots of it acting up and the mount log file.  was the only log I could figure out how to create.

James Barbot JR created a new topic ' Wish List - in the CCD module, could 'gain' and 'offset' be added to the "Postfix:" checkbox options?' in the forum. 2 months ago

been experimenting with gain and offset settings.  and filling the files, it would be nice if an option to include 'gain' and 'offset' automatically in the filename of the saved image.

and on those lines, I guess "ISO" would be helpful for folks using non-astro cameras as well (which is me also, at times)
would save a bit of mousework and typing and editing sequence entries over and over.  CCD-Temp setting too, maybe... ?

James Barbot JR created a new topic ' Scheduler - Focus routine runs, then the Solver hangs indefinitely, no camera or target indicated, it just sits till it times out.' in the forum. 2 months ago

I'm not sure what needs to be attached to this.

I've been slowly working my way up the experience level with Ekos,.. have begun using the scheduler and getting familiar with it.

Two nights ago, it ran just fine.
Tonight, it starts up, gets to the 'focus' routine, which runs just fine, completes successfully and then ends, then the next step is 'Align', where it just hangs.
The Solution Results window never has a target entry show up in it (blank) and the status icon (next to the 'STOP' button) just spins.   it will eventually time out and get restarted by the scheduler in 600 seconds...  If I manually cancel it, the Scheduler starts over and runs the Focus routine again, and then back to the hung Alignment module.

If I run 'Focus' by myself, and then run 'Align', no problems, it only seems to happen when the Scheduler is in control.
What changed in the last two nights in the bleeding edge updates?
I haven't changed anything except to run 'apt update' and 'apt upgrade' and also rebooted the system and also power-cycled all the cameras and mount and focuser and such.

Very annoying... It works one night, then two nights later it has completely bizarre issues all of a sudden and nothing has been changed except for running the update.

James Barbot JR replied to the topic 'asi120mc-s issues.' in the forum. 6 months ago

and I originally installed the nightly package version, so, I'll update it tomorrow (it's another few days of rain here, yet again, dangit)...

Thanks for a quick fix!!!

Two issues with an ASI120MC-S camera.

Issue #1:
The camera works reliably in the imaging module, most of the time in the asymmetry module, in pretty much never on the first 10 to 20 tries in the guiding module.  9 times out of 10 it doesn't communicate with the guiding module (while, at the same time, working just fine in the other modules).

I have found a bastard repeatable work-around for this.  If I go to the imaging module and take any photo with the ASI120, it will then work and be recognized in the guiding module... Otherwise, the guiding modules time out with 'unable to communicate with camera' type errors in the log, no matter what I try do to get it to talk to the guide module.

Issue#2:
Once I finally get the guide module to actually talk to the camera, it defaults to 8-bit mode, which gives some very grainy images to try guiding from. (sometimes resorting to some 2-bit image mode which I have no clue how it winds up like this, which is unusable and the only way I've figured out to fix that is to reboot the whole system and start over)(and I have tried just about everything I can think of otherwise, none of which works short of rebooting the whole thing).  also in 8-bit mode it is fairly useless for the asymmetry solver also.

I have good quality USB cables, I have switched around cables to debug that possibility, a very good external powered (and high current) hub, I do not have issues with anything else in the system acting like this.   no dew issues or frost or anything.  I don't have issues with any other parts of the software package, just the guide module.
The system is up to date on updates, drivers, etc.
I'm running it under Kubuntu, hand installed, including all the asymmetry files.  All the libraries are updated daily, all the nuances of the Ubuntu setup have been resolved.  All the hardware drivers are correct and up to date, etc.  it is a 4ghz quad core system with 18g ram and a very fast SSD drive, so, I'm pretty certain it isn't hardware issues..
Kstars actually doesn't crash very often at all, like it first did on my first 20 installation attempts at it, but Ekos still does and for some very odd and random issues.
It has done this with both this system as well as a raspberry-Pi 4b system running the 'astroberry' installed version and fully updated, as well as an HP laptop running Ubuntu.

Is there any way to force it to stay in 16-bit mode and quit dropping down to 8-bit mode.   And what controls that?  it's very annoying.

I like the kstars/ekos/indi package, but every night that I go out to use it, I lose at least 2 hours or more of my time getting all these little kinks figured out and everything working all at the same time (I have a lot of other gripes than these two.  I'll address them as I get the details properly worded to describe.)  It is really unreliable and aggravating most of the time.