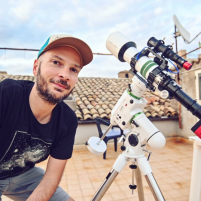 Marco Rapino created a new topic ' Ekos warming up camera on scheduling/sequence completion' in the forum. 2 years ago

Hello everybody|
There's one thing that I always wanted to achieve with Ekos and it's the way it does warm up the camera, basically what it does atm is just turning the cooler off. I don't find this very safe to do that especially in the summer time when the sensor goes from -10 to +20 very fast and the thermal shock is never a great thing IMHO.

So, some time ago in another thread it was mentioned that it was up to the INDI library to deal with cooling/warming using a ramp and a threshold, thing that has been implemented since at least a month I believe, which is awesome for cooling before the sequence starts. Is there a way to achieve the same for warming up? Even some hack or workaround? Or do I need to script it myself through pyindi and trigger that script from the scheduler?
Thanks and clear skies!