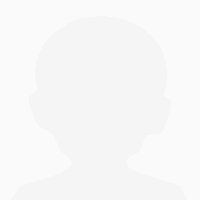 [quote="jpaana" post=28122]USB_FocusV3 serial communication protocol is a bit problematic as it doesn't have any synchronization points, it just assumes every command is 6 characters and gives an error if it doesn't recognize it. Most other protocols have a start character like >, # or similar so that the device knows when a command starts and can synchronize with it. This causes problems if ModemManager or INDI auto search for example writes something to the serial port as the device goes out of sync with this 6 character cycle. In my case uninstalling ModemManager and disabling auto search for all devices (I use udev-rules to create aliases for all devices anyway so for example USB_Focus is always /dev/focuser regardless of what port number it happens to get) helped and haven't had any connection problems since. The driver could be made a bit more robust so that it would try to resync by sending space characters for example until the device responds with error and that it what I used to do with minicom before uninstalling ModemManager.[/quote]

Can this be documented or is it? Will add this to the review.

Now things starting working again including my bluetooth connection. Waisted too much time on this.

I noted that the focus position is not from the focuser but from the software. So it starts at zero.

An other generic remark for INDI is that scan port doesn't detect bluetooth serial ports, so in my case /dev/rfcomm0[/quote]
© 2003-2020 by INDI Library. All rights reserved.