Since half a year I use INDI server at a Raspberry Pi (RPI )with Raspbian "Stretch". As camera I use a Sony Alfa 6300, connected to the RPI via USB. This combination is controlled with kstars and EKOS at a Mac. Images are taken at the EKOS panel.

Lately, I have trouble to get the latest image from the camera. The camera connects correctly and answers to the commands. Exposure time, ISO setting and other parameters are set the right way. Neverheless, using "Preview", the downloaded (and displayed) image is not the latest one. It seems that an image gets "stuck" in a kind of cache and this one is downloaded every time, despite the camera, which changes correctly the exposure time and executes it, followed by a download of the old, stuck image.

Repeatedly disconnecting and connecting the camera, combined with closing and restarting kstars fixes the problem finally, but it can happen that this takes abouthalf an hour, which is valuable clear sky time.

I also tried to change the automount policy in Raspbian, editing the file pcmanfm/LXDE-pi/pcmanfm.conf to set the automount and startuo moubnt parameters at zero, but without succes.

Other equipment at the RPI, connected to EKOS, like EQMOD mount, Baader Steeldrive focuser and LodeStar SX CCD for guiding are always working correctly. These devices are connected the same way via USB and managed in kstars at the Mac and EKOS.

Maybe you need more details to investigate this problem. For the moment I would be pleased to receive some hints. The Sony Alfa 6300 is a perfect camera for deeep sky photography in the primery focus of a 200 mm F4 Newton. I enclose the photo of NGC5353 with supernova 2019ein to show what is possible.

Thank you very much for any help!
Clear skies and greeting from the Principality of Andorra.
Alexander 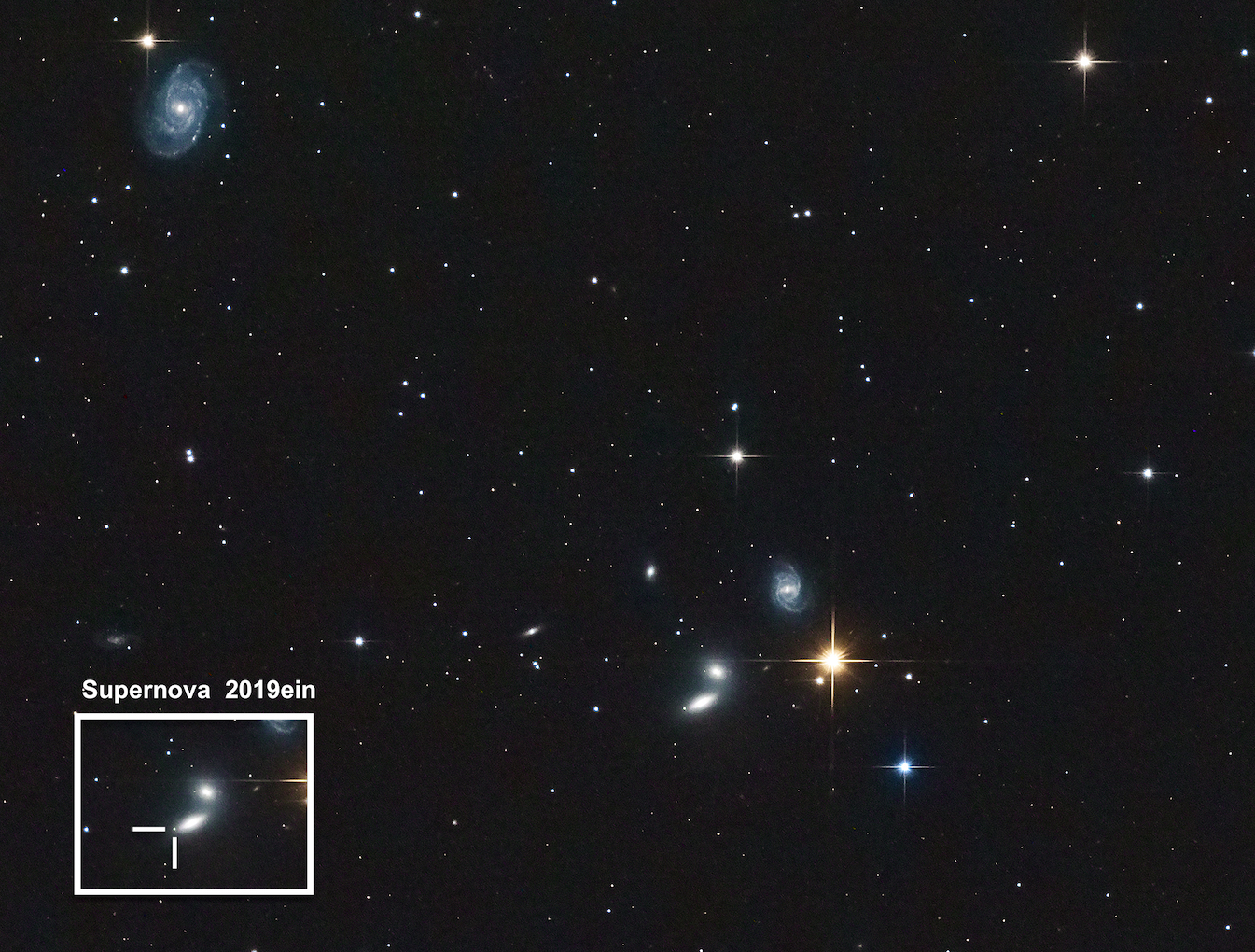 Posts: 8080
Karma: 51
INDIlib with Sony DSLR driver at Raspberri Pi does not download the latest image #40009
Thank you for the report. Have you tried setting SD Card setting to Delete? Not sure if that would help.
Jasem Mutlaq
Support INDI & Ekos; Get StellarMate Astrophotography Gadget.
How to Submit Logs when you have problems?
Add your observatory info

Thank you really for the fast response.

Today I could do some testing and tried to set the SD card to "Delete".
Having the Raspberry Pi running, I powered up the camera with an SD card mounted into the camera. Connected to RPI with USB, via powered hub.
I started the INDI server (web interface) and started kstars.
In kstars I called EKOS and started the profile. All devices connected correctly.

I performed several previews with the Sony alfa 6300. All worked correctly, without any old image being displayed and downloaded.
So far so good!

Let me see if the error has been solved this way. Tonight no clear skies. We'll see next week, but the weather forecast for Andorra is not quite in favor of deep sky imaging.

Anyhow, thanks for the hint, I'll keep you up to date.