running two servers and one client

running two servers and one client was created by Gunter

I have an unresolved issue with my Stellarmate clients and servers. Please find a slide attached in order to help to explain what my goals and issues are.
First of all the goal:
I would like to create a robotic observatory. So far so good.
I use to control the devices one RPi4B named RPI41w. All the physical devices are plugged in there. In addition to that I startup indi_watchdog, indi_Weatherradio and indi_Skysafary as non physical devices on RPI41w. The major job of the other RPi4B, called "allsky" is to run and process allsky camera (github.com/thomasjacquin/allsky). In addition to that have connected a NodeMCU 8266 (wireless minicontroller (192.168.178.75) powered by a USB connection) to "allsky". The minicontroller collects weather, cloud and SQM data (indi_duino 3rd-party driver by Sterne-Jaeger: github.com/indilib/indi-3rdparty/tree/master/indi-duino). That works fine and reports those data into the indi driver and they show up in the indi-panel of the Kstars client "Astrolin".
Now here is the problem. I do not run kstars, ekos etc on allsky. I start "indiserver -v indi_dome_script as a systemd/systemctl in a unit script.
^^^^^^^^^^^^^^^^^^^^^^^^^^^^^^^^^^^^^^^^^^^^^^^^^^^^^^^^^^^^^^^^^^^^
pi@allsky:/etc/systemd/system $ cat indi-dome_script.service
[Unit]
Description=INDI server for weatherradio,domescripting_ gw,watchdog
Wants=network-online.target After=network-online.target 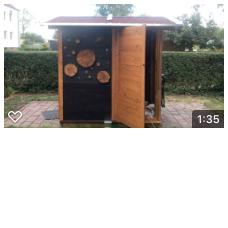 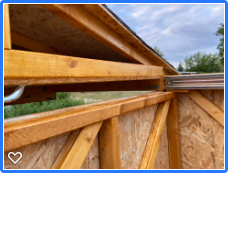 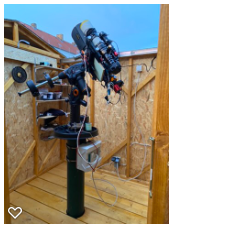 In order to reduce load from "RPI41w" indiserver I would rather like to transfer two more indi-drivers to "allsky" but I don't find a common way to do so.
I'm talking about "indi_weatherradio" and "indi_watchdog" I tried to
8 months 2 weeks ago #65263

I have done something similar with two Pi4B computers. However, I took a simple approach:

This chains the drivers through PiTwo that I connect to from Ekos. I have found it works best to connect to the computer that hosts the indiserver with cameras, as the download of photos is by far the greatest load on the network, and reducing hops is important.

The startups can be scripted, but it will be necessary to have the indiserver listed with the @IPADDRESS up and running before starting the indiserver you will connect to Ekos....or some other client. This "chaining" approach will work with any indi-compatible client.

You are not limited to two servers, by the way. I am not sure how stable it is chaining to an indiserver that is already chaining, but I have added a RaspberryPiHightQualityCamera on its own Pi3 in the mix with success as:

The only problem with this setup was the download of images from the chained server. It worked, but the image transfer was s-l-o-w!!

One sneaky trick for connecting two Pi computers you intend to chain: Connect them with a "Null Ethernet Cable (Crossover Cable)." Configure a private ethernet network between the two computers. This will be a very fast and reliable connection and may allow more flexibility in your chaining configuration. MUCH faster and more reliable than WiFi, but it does not preclude using WiFi as well for connectivity to your client.
SkyWatcher 10" SynScan Goto Dobsonian, SV106 Guide, ZWO ASI178MC, Svbony SV105, SV305, Pi3HQcam, Pi4, DIY WaveShare focuser, Linux Ubuntu, KStars/Ekos, Carte du Ciel/CCDCiel, AstroDMx_Capture, Siril, StarTools, GIMP
The following user(s) said Thank You: Craig, Gunter
Last edit: 8 months 2 weeks ago by Jon Carleton.
8 months 2 weeks ago #65271

Replied by Gunter on topic running two servers and one client

thank you for your ideas. I also thought about chaining but was not so sure if it works well. Please see this, indilib.org/support/tutorials/159-indi-on-multiple-devices.html
is that what you are talking about? Is it necassary to run on both RPi's Kstarts, Ekos etc? And how important is it have ssh running flawlessly?
It works on my mashines but not to 100% reliable. Could you provide please the startup script?
Also interesting is the direkt Ethernet idea. You menshion the cross over cable. In the docs I only find regular LAN cables but plugged direct from Pi to Laptop or so.

Have a great New Years Eve.

You don't need crossover cable, regular LAN cables would work. I'd use server-chaining to accomplish this. You don't need KStars running on them, just INDI.
Jasem Mutlaq
Support INDI & Ekos; Get StellarMate Astrophotography Gadget.
How to Submit Logs when you have problems?
Add your observatory info
The following user(s) said Thank You: Craig
8 months 2 weeks ago #65280

In my setup, I connected the two chained Pi's with a crossover cable on a private network of 2 device and connected to the primary Pi via WiFi from a laptop. Recently, I have upgraded to a Pi4 8G for the primary and stopped using the laptop in favor of exporting the HDMI and USB to a remote monitor, keyboard and mouse. KStars now also runs on the primary. This way, I get a faster image response, as the images don't have any network travel.
SkyWatcher 10" SynScan Goto Dobsonian, SV106 Guide, ZWO ASI178MC, Svbony SV105, SV305, Pi3HQcam, Pi4, DIY WaveShare focuser, Linux Ubuntu, KStars/Ekos, Carte du Ciel/CCDCiel, AstroDMx_Capture, Siril, StarTools, GIMP
8 months 2 weeks ago #65282

Well! I stand corrected (actually, I am seated, but standing sounds more official somehow). Apparently, sometime in the past 15 years since I retired they improved the behavior of ethernet adapters and made crossover cables redundant. Thank you, knro, for that epiphany!

Now, of course, I am going to have to find the RFC and see when they did it and to what it applies <mumble>.

Actually, it works with either a crossover cable or standard LAN cable. They must be using some kind of computer to detect the port configuration or something.