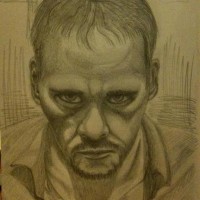 Mark replied to the topic 'Weather radio don't want connect' in the forum. 2 years ago

Yeah, it's the dewcontrol.com resistor heater ring that I have - I'm also in the process of building an allsky camera so picked one up for the SQM box at the same time as they're quite cheap and pretty.

So far I haven't needed to cover the cloud sensor. The component should be fine as it's stated it's sealed. I drilled the ABS box and surrounded it in gorilla clear silicone to make the box watertight - we'll see if it lasts. I've also seen people buy the raw component instead of the mounted version, and using a cable gland to house it which is a pretty cool idea.

As far as other sensors go, might help to describe my current setup so far (I'll probably post more detail with pictures when everything's completed):

* I have a Watson weather station which is a common cheap one with humidity, temp, rainfall, wind. Communicates with an inside unit which is USB connected to a raspberry pi (weatherstationpi) running weewx which captures the data.
* I have a Weather Radio SQM consisting of lum sensor, cloud sensor, water sensor, DHT sensor, dew heater. An arduino uno runs Weather Radio and I have some extra code which calculates the dew point from the DHT sensor and turns on or off the dew heater via a relay (I'll do a pull request on that soon). I've also got a lightning detector on order from bangood to add next

* The SQM uses XBee wireless units to send its data to weatherstationpi where I've built a weewx service which adds it to the Watson station data (another pull request when I've cleaned it up so that the weewx integration can run as either a weather station driver or a secondary service adding data)
* weatherstationpi runs indi_weatherradio permanently and when my scope comes online for an observing session (astropi) it connects as a distributed indi network
* weatherstationpi is running the weewx_mqtt extension which publishes all the combined weather data over MQTT
* On another pi Telegraf catches the MQTT stream and pumps it into an Influx time series database
* Grafana is used to create a dashboard for the whole setup
* My allsky camera pulls the weather station data from MQTT to know whether to turn it's own dew heater on and a weewx skin generates a plain text file which is included on the allsky image as the red overlay showing sky quality and cloud cover percentage.

Here's a shot of the dashboard from when I was debugging (don't look at the data too closely). 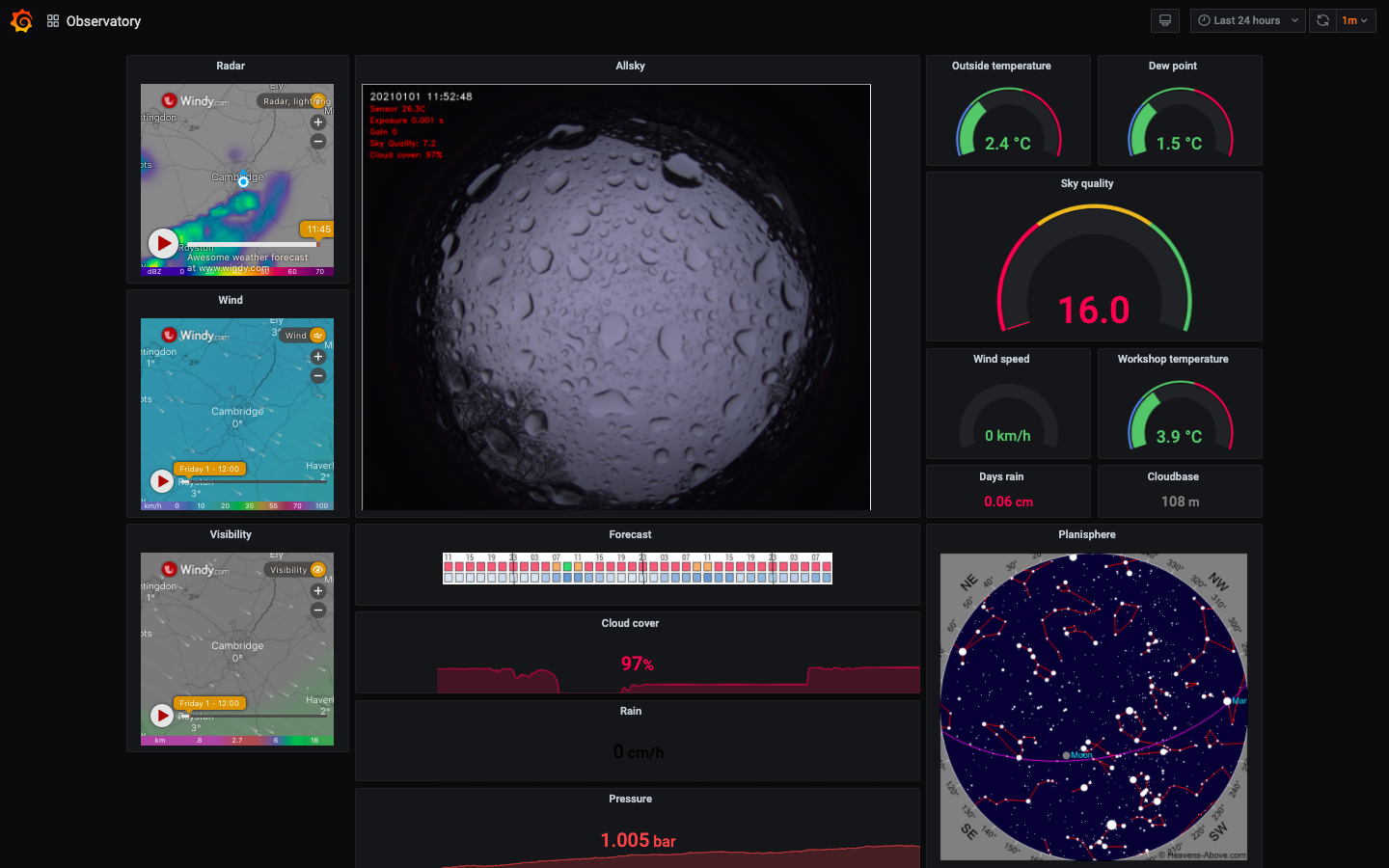