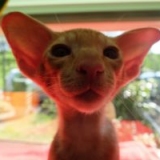 Ron replied to the topic 'Building kstars_lite' in the forum. 6 months ago

Awesome! Thanks again for the reply.
But can you still answer my question whether the script you made in 2016 can still be used to build kstars_lite? Or am I missing the fact that they are using the script?

Ron replied to the topic 'Building kstars_lite' in the forum. 6 months ago

Thx for the reply. I'm not sure if the link you provided should imply a failing build process, because I see a build that was finished yesterday, and I can download and install the .apk file. Unfortunately, this version crashes on my phone right after the splash screen, while the the current production version is fully functional (apart from the mentioned bug that is).

But back to my original question... the build script you left 3 years ago, can I still try and use it?

Ron created a new topic ' Building kstars_lite' in the forum. 6 months ago

Being a full stack .NET developer, I feel a bit like a lost lamb in an abattoir, but here goes...

I stumbled upon the INDI/KStars/Ekos project a couple of weeks ago. Thought mhh, moved on but was back in a week. Bought a Raspberry Pi, a hardware clock, installed Astroberry, skipped a week of sleep but got everything working in the end. First I ran everything from the Pi, but after some more fiddling, Pi is just serving INDI, the rest is done remotely on my PC, which I extended with Kubuntu on a different drive. I tried KStars for Windows, but it crashed a couple of times. I must honestly say, I am impressed. Everything runs smoothly, seems very well made and looks the bombs as well. Job very well done I'd say!

I'm using Kstars_lite as well, and like to continue working with it but found a bug that stops tracking after a sync. I found out there is a fix committed a couple of weeks ago, but could not find a new build, so thought I could look into that myself. So I found this, github.com/knro/build_kstarslite .

I installed Android Studio, Qt 5.9 (didn't want to stray away too much from 5.7, which I could not obtain), some other stuff describe in the description, the NDK, SKD, JDK, but also got IDK (indeed, I don't know). So fearing I would create a black hole on running the script, I ran the script... it didn't work. I would of eaten my shoes if it did

So before I get myself into a world of hurt, is this script still usable? Like said, I'm pretty green when it comes to Linux, Java and all that. But C# looks pretty much like Java. Technically and conceptually both do and are pretty much the same as well, so I might be able to bend the learning curve a little. So to summarize; I'm running Kubuntu 19.04, got the latest Android Studio. Got the latest JDK installed. Got Qt (open source) 5.9. The lastest SKD with the latest Android API version, and the rest of the plumbing like cmake and other stuff as descibed. Can I start googling for the exceptions I get? Or will this never build?

Thank you in advance!