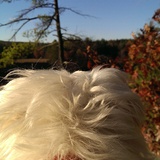 Bruce replied to the topic 'Re:Polar Alignment problems in Stellarmate 1.61 and KStars 3.5.6 stable (EQMod Mount?)' in the forum. 1 year ago

I just got some new SDCards, I'll have to burn an original Stellarmate image to give that a try. Weather permitting of course (which it has not been most of this year, ha!).

6h? (!). Ugh, I guess I better pay attention to all the settings after doing an update.

Thanks for the explanation, that makes sense.
I've had my EQ6R-Pro carefully situated in my backyard for quite sometime and since I got such a good PA I've been very very cautious to not disturb it. On those nights that were clear enough I'd first check the PA and it has been holding very well. Then I did an update on Stellarmate and everything (seemingly) went nuts.
Lat night, after seeing your message, I disabled meridian flip and voila: I could use the mount again. Did the PA check and it was off by a lot, just a shade over 3 degrees in Altitude.
I did not do the thorough analysis you did and thus have no idea if that was just coincidence or not (instead just corrected the PA and happily continued).

Just curious: are the logs I posted in the topic I linked above of any use here?

Bruce replied to the topic 'Problem in 3.5.6-stable: left-right, left-right rotating during polar alignment' in the forum. 1 year ago

If anyone else is seeing this issue please see the thread started by Alexander Weis here .

Thank you so much for posting this!  How did it ever occur to you to try disabling the Meridian Flip flag?

It is that which is the issue causing the west-east-west-east slewing in my EQ6R-Pro mount during polar alginment that I posted here .  Once I disabled median flip the alignment now executes normal and completes.  Now that I can get an alignment done I can add that I too am seeing a much larger error value than what I was prior to the update.  Curious.

Bruce created a new topic ' Problem in 3.5.6-stable: left-right, left-right rotating during polar alignment' in the forum. 1 year ago

Tonight I updated KStars from 3.5.5-stable to 3.5.6-stable and everything went to poo.

For starters:  During polar-align I would get a good first image and then circular star trails on subsequent images.
I went out to the scope with the laptop and found that it would take the first image properly, do the first rotation to the West (as it was told), take an image *during* rotation(!), stop rotation and take another image, then do the second rotation to the East (!), On the second rotation it would also take another image, complete that rotation (now being back in the home position), and repeat the process.
Eventually it would give up trying to solve the circular star trail images it was taking during rotation.

I enabled logs and turned on mount logging (EQ6R-Pro), that is the ZIP I am attaching.

Btw: If I manually put the scope in the home/parked position but Ekos thinks it is not, how do I tell Ekos that it is indeed parked?

Bruce created a new topic ' Collimation aid ?' in the forum. 1 year ago

Ever considered adding a collimation assistant?  Does such a thing already exist?  Something with concentric circles to help with eye-balling the airy disc plus auto-centering the star as the image shifts would be just-the-ticket.  Long-focus presets/buttons to go both sides of the nominal focus point.would be a bonus.

Bruce replied to the topic 'Polar alignment suggestion ..' in the forum. 1 year ago

Bruce created a new topic ' Polar alignment suggestion ..' in the forum. 1 year ago

Any chance of getting some kind of indicator (would love a count-down overlay) on the image during the final "Refresh" stage?  In the dark, huddled near the adjustment screws and peering sideways at the laptop I find it difficult to discern when a new image has arrived.  Compounding this is quite often my adjustment has had no effect and I suffer longer than I'd like.  shocked.png