Pete Simpson replied to the topic 'KStars/EKOS crashing when imaging; Astroberry, RPi 4-4GB' in the forum. 5 months ago

Right!
I've solved (or it appears I have solved) the issue for my setup.
All the pre-mentioned memory issues still appear to occur, but I have a solution that will "fix" the issue for me at this time.
Whilst I know the fix isn't solving the issue, I'm hoping that it makes it known that I've found an issue and able to get around the problem.
As previous, I note the usage in specific elements of RAM going up (mainly cache) when imaging with KStars/EKOS/Indi on RPi4 (4GB). It might be those with 8GB models don't see the issue as there's more resource to 'lose', but there are then later times when the software crashes with no obvious issue at the front end.
Through reading about different memory allocations, etc on Linux and my limited scripting abilities, I've written a script that outputs the memory usage every second or so for reference. This script was also updated several times and eventually finalised with one that will force a memory purge by the system, should the resources available become too little.
Prior to the memory purge, I could run the EKOS simulators and cause the software to crash, similar to the real-life imaging that I was experiencing earlier in the year (before the clocks changed and imaging conditions became a bit too short!).
I'm more familiar with Matlab coding and wrote a script that will take the text file and output the data in a numerical format to plot it and have the following after a 12hour simulation session (15k images obtained). Sure enough, one can see that the memory is purged sevaral times throughout the simulation, but I do not suffer from any crash - I ran this prior and ended up filling the 128GB µSD card with simulation images in one go, so very happy that at least I've something that will work. 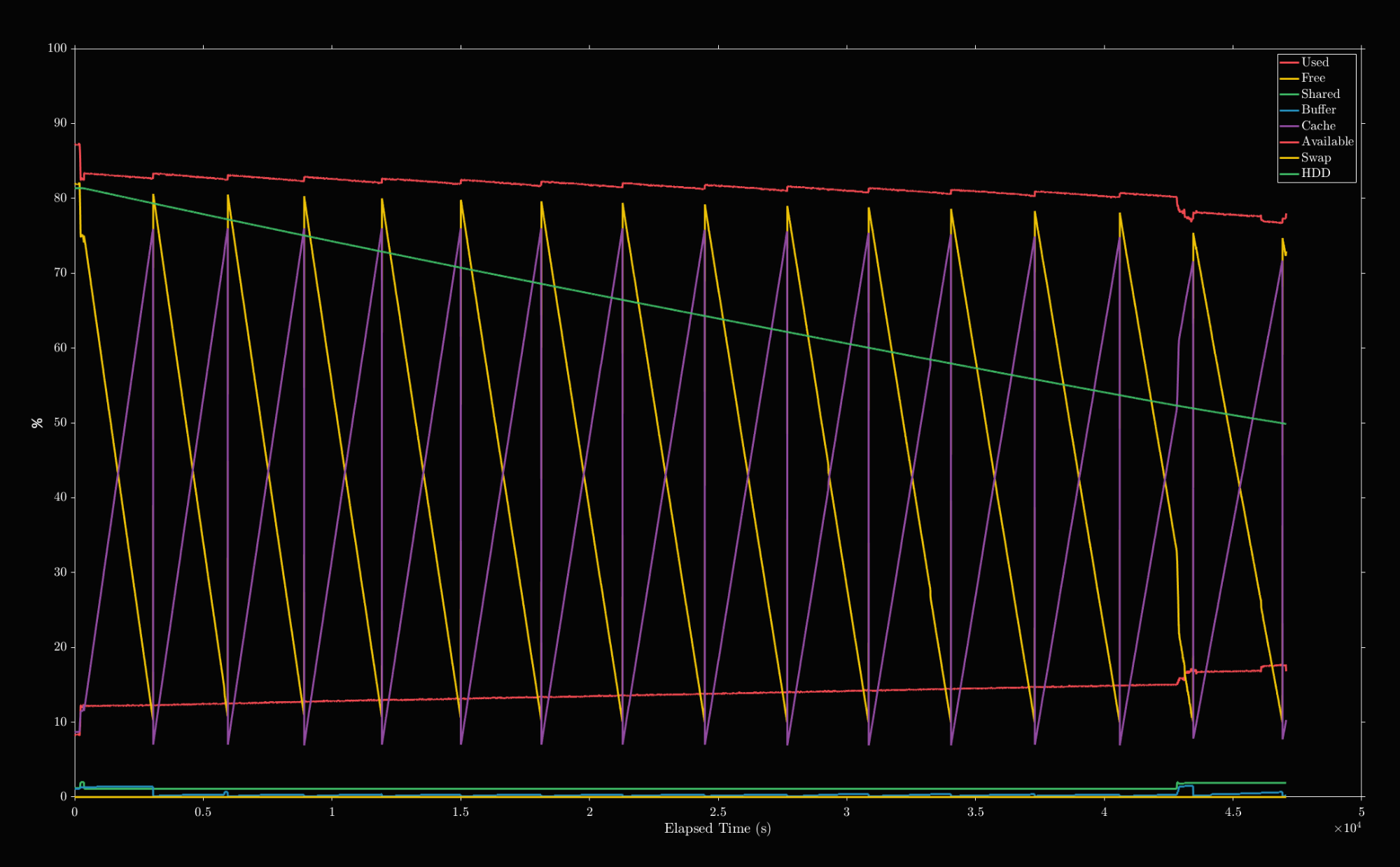 Can an admin look into this for me and see is there a memory leak or something similar?
I'm prepared to try a new µSD or whatever, but there appears to be at least a few of us with similar issues.
Script file attached, hoping it comments enough to allow other/better coders to let them know my thought process.
Regards to all