This is almost 8 hours worth of exposure time on M33 captured in bortle 5 skies. All capture and control was done using kstars/ekos.Equipment used:
* Astro-Tech AT90EDT
* Stock Nikon D3400
* Celestron/Losmandy G-11 with OnStep
* Guided with Meade LPI-GM Advanced on a 50mm guide scope 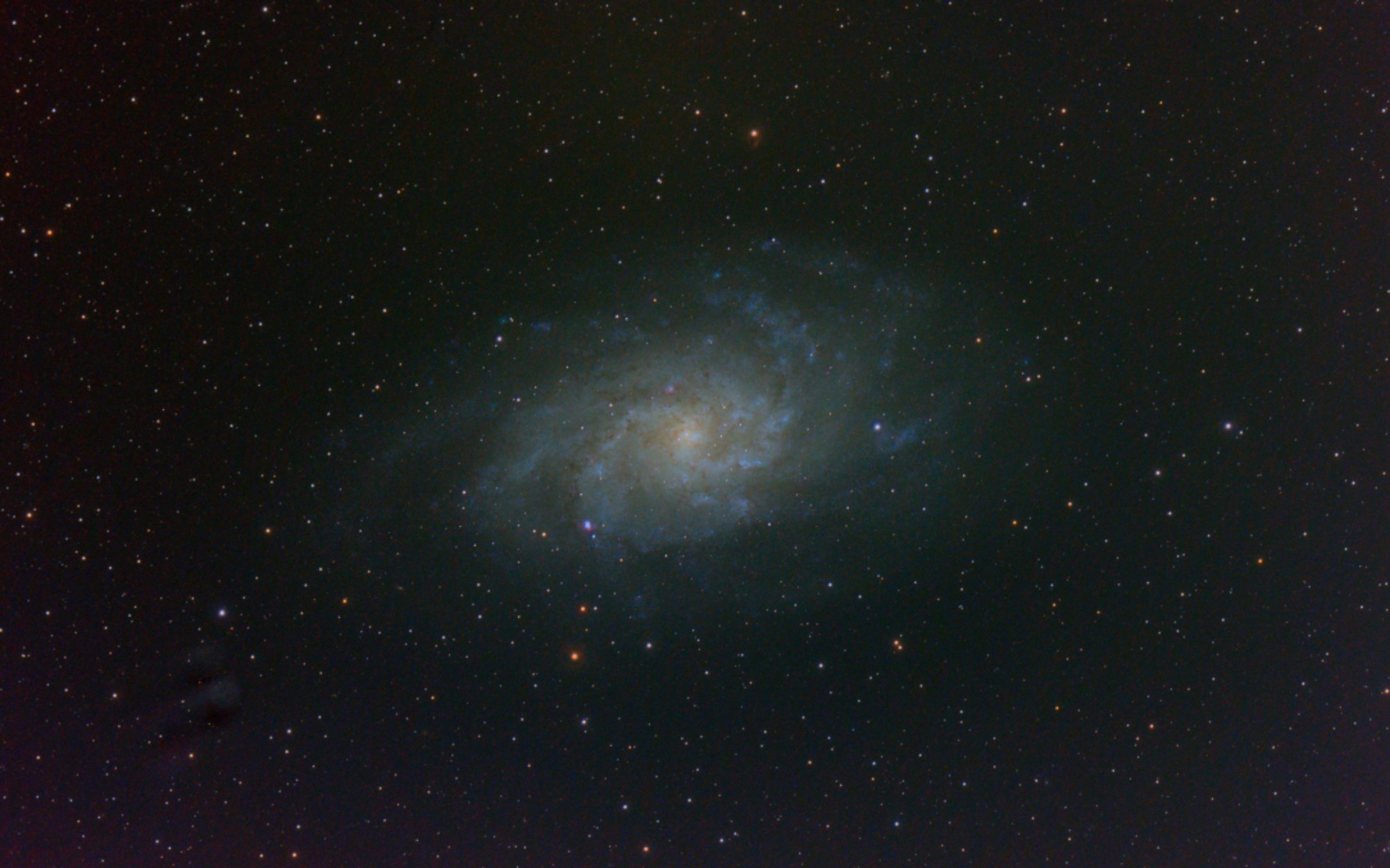 Seems that their cloak isn't working quite right

I think these were either dust motes that weren't correctly fully by the flats or something I did in gimp. It probably would've been better if I cropped it out, since the entire edge of the image has some issues.
1 year 4 months ago #76210