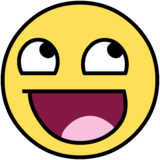 Rob replied to the topic 'indi_celestron_aux' in the forum. 8 months ago

tl:dr:
- From cold power on from a fresh install of the StellarMate beta stream, it slews to the correct target... sort of...
- If it tries to slew more than about 15-degrees clockwise of center on the RA, it abruptly stops motion on that axis.
- If I run alignment in an external app, then switch back to KStars/Ekos/StellarMate, it no long hits the stop... but it also does not slew to the correct location.

My SD card died, so I had to grab a new one and get it up and running again so I could get logs.
I got tired of setting my stuff up in the in the cold, so I'm testing by roughly polar aligning my mount and checking positions using SkySafari.

In order to get past the short artificial stop rotating east on the RA, I disconnected/stopped indi/ekos, and ran a scope alignment with SkySafari.
In the process, the StellarMate seemed to crash during that time, so I powered it off and on again before I could connected to it and start Ekos/Indi.
For good measure, I mash the 'sync gps' button in the StellarMate app; location in the CGEM-II looks almost right... except is show 240.xx degrees longitude instead of -119.yy (I'm not sure if that's normal).
Upon connecting, KStars shows the scope position somewhere in the south; way below the horizon (at 259P/Garradd).
So, I select Polaris and Sync the scope location.

In the _after_align.log...
I try to go to Merak (sort of near zenith), but it hits a hard stop (if I had my scope attached to the mount, it might have bumped the tripod).
So, then I send it to Pollux, and it kind of gets in the neighborhood.
It tell it to park, and it goes 90-degrees clockwise of the home position for both axes.

So, then I power the mount off and on again, and close/re-open kstars (_no_align.log)
It comes up with the cgem-ii pointing at Polaris this time, and correctly slews to Pollux and Vega... but hits an the artificial stop slewing to Merak (about 15-ish degrees past center on the RA).

Rob replied to the topic 'indi_celestron_aux' in the forum. 8 months ago

I've tried playing with this a couple times after updating to the latest... and there are still some issues.

I have a CGEM-II mount with the SkyPortal WiFi.
Raspberry Pi 4 with StellarMate OS and an additional wifi dongle (one connects to home network, one to the Celestron WiFi)
After working around a version issue with libgphoto2, I was able to run update_indi_core and update_indi_drivers.

What I saw was very similar to what Andrew described.

The mount connects and initializes with a seemingly random coordinate; so I sync to Polaris (roughly polar aligned).
The new coordinates look right; If I goto Polaris, it stays put... which is good.
But if I go to any other nearby star, it shoots off somewhere completely different (usually to a position that would damage equipment).

I also verified that if I run the alignment in SkySafari, it will then accurately slew the scope to selected targets within SkySafari (so, it can work).

Rob replied to the topic 'Using astroberry with cgem mount remotely' in the forum. 9 months ago

I have hunk I had a similar question in this topic (using the Wi-Fi module instead of a connection to the hand controller, but the same driver):
indilib.org/forum/mounts/11730-cgem-ii-w...-slew-to-target.html

Jasem responded saying support for equatorial mounts was recently added, and is in beta.

I ran into some issues getting it installed on my StellarMate, so you may want to hold off until the next official Indi release… but initial tests look promising.

I was able to get past my error by removing libgphoto2-dev from the development installs list, and then manually pulling/building the latest libgphoto2 from sourceforge.

…then update_indi_drivers worked.
…then, slewing to a target with my CGEM-II Wi-Fi worked!
(At least, it worked in my living room according to KStars, and it looks like the mount might be pointing the right way).

It still hits the soft stop when rotating eastward… when I don’t have the hand controller plugged in.

It looks like there's still something out of sync with dependencies for libgphoto2...

Thanks for the quick reply!
I'm excited to try this new feature

I switched the StellarMate to beta, but saw no change.
So I ran the update_indi_core, which seemed to complete successfully.
However update_indi_drivers complains about not finding several LIBAV libraries...
Is this a bug in the script? Or, do I need to do something to setup the dev environment before running these?

Rob created a new topic ' CGEM II Wifi does not slew to target' in the forum. 9 months ago

Hello friendly people!I hope someone can help me. I feel like this should just work... there's either something really simple blocking me, or a driver issue.I have a Celestron CGEM-II mount, with the SkyPortal WiFi accessory.For testing, I'm running on a MacBook running Kstars 3.5.8 (I also have a Raspberry Pi 4 running StellarMate OS; Kstars 3.5.8)Using the CGEM II Wifi option for the telescope (indi_celestron_aux driver).The mount is set in the home position (what would be facing Polaris if it were polar aligned).I connect the WiFi to the Celestron SkyPortal, and set Ekos to use CGEM II Wifi for telescope, and simulators for the CCD and guide scope.I make sure the scope is unparked, and select a target... any target. The scope begins to slew to the target, but completes nowhere near the selected target.The weird bits:* Kstars shows that the scope is not at at the target. It's almost as if at some point it moves the opposite direction of the target.* If I set the motion control to west, it acts as if it hits an artificial stop about 10 degrees off the home position of right ascension.* If I set the motion control to east, it will complete the motion, but it is still very off from the target* After it slews to the wrong location, if I park the scope it correctly returns to the home positionAs seen in the attached video, the mount starts parked on Polaris, with Capella selected as the target.I unpack the scope and press the "Slew telescope to focused target" button.The scope tracks down and to the right of the target... and then the tracker jumps to the left side of the target.

Jasem Mutlaq thanked Rob in topic CGEM II Wifi does not slew to target 9 months ago
© 2003-2022 by INDI Library. All rights reserved.