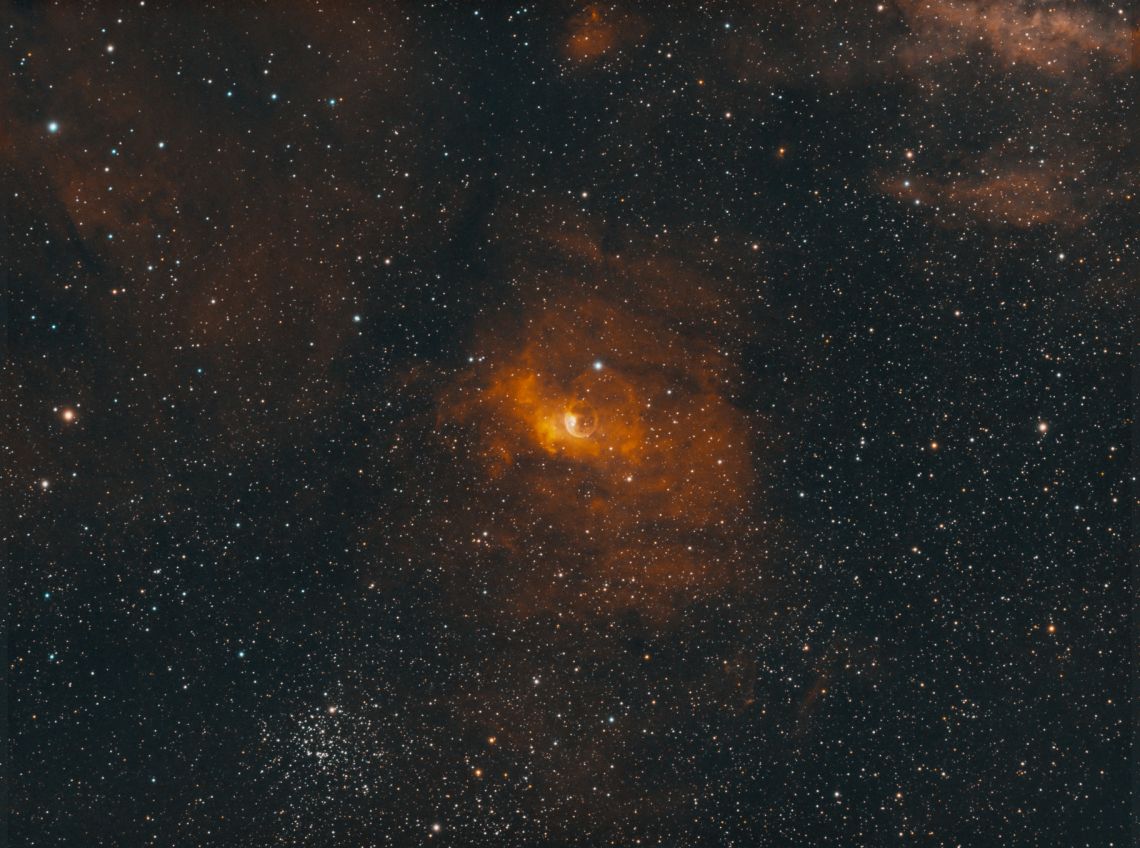 Doug, thanks for chiming in. This is the type of feedback that will aid in making this stuff a reality.

Regarding your comments on Point 2, there is already a mechanism in place to average seeing by taking multiple shots. Wouldn't this go a long way in making these readings more accurate? I think for most users, as you say, would benefit from some form of automatic characterization. Unless those users are familiar with their focus system and it's characteristics and what will work best for any given focus algorithm, there is no way for any beginner to read the existing tool tips and understand the correct parameters to plug into the software interface.

On point 3, I love that you've done this. I know you send me a message offering access to the code, but I don't have the technical fortitude to apply it. Would be happy to test it out though if it gets merged into the system. But at least in the beginning, I think all you would need in the interface is a simple field on the capture/sequence tab below the existing refocus parameters to input a #steps to move / degC. Of course, this leaves it up to the user to manually plot out and note focus positions during temperature drops to characterize their system, but it's a start. Longer term with the analytics tab, temperature and focus position could be plotted over a nights run (even multiple nights) and that step change/degC could be automatically populated into the field for a user.

Andrew Burwell replied to the topic 'Non-Cooled Guide Camera and Dark Frames' in the forum. 2 weeks ago

That image shows your main camera is selected, not your guide camera, so that's why there's no suitable frames.

Jo, I hear ya. I had that same exact scope and focuser. It's known for the issues you mentioned, and is the first one I ever replaced with a Moonlite. Though I didn't get a $2500 focuser, I got the more moderately priced regular Crayford they offer for a few hundred. In any case, not all focusers suffer from this, even at the entry level. 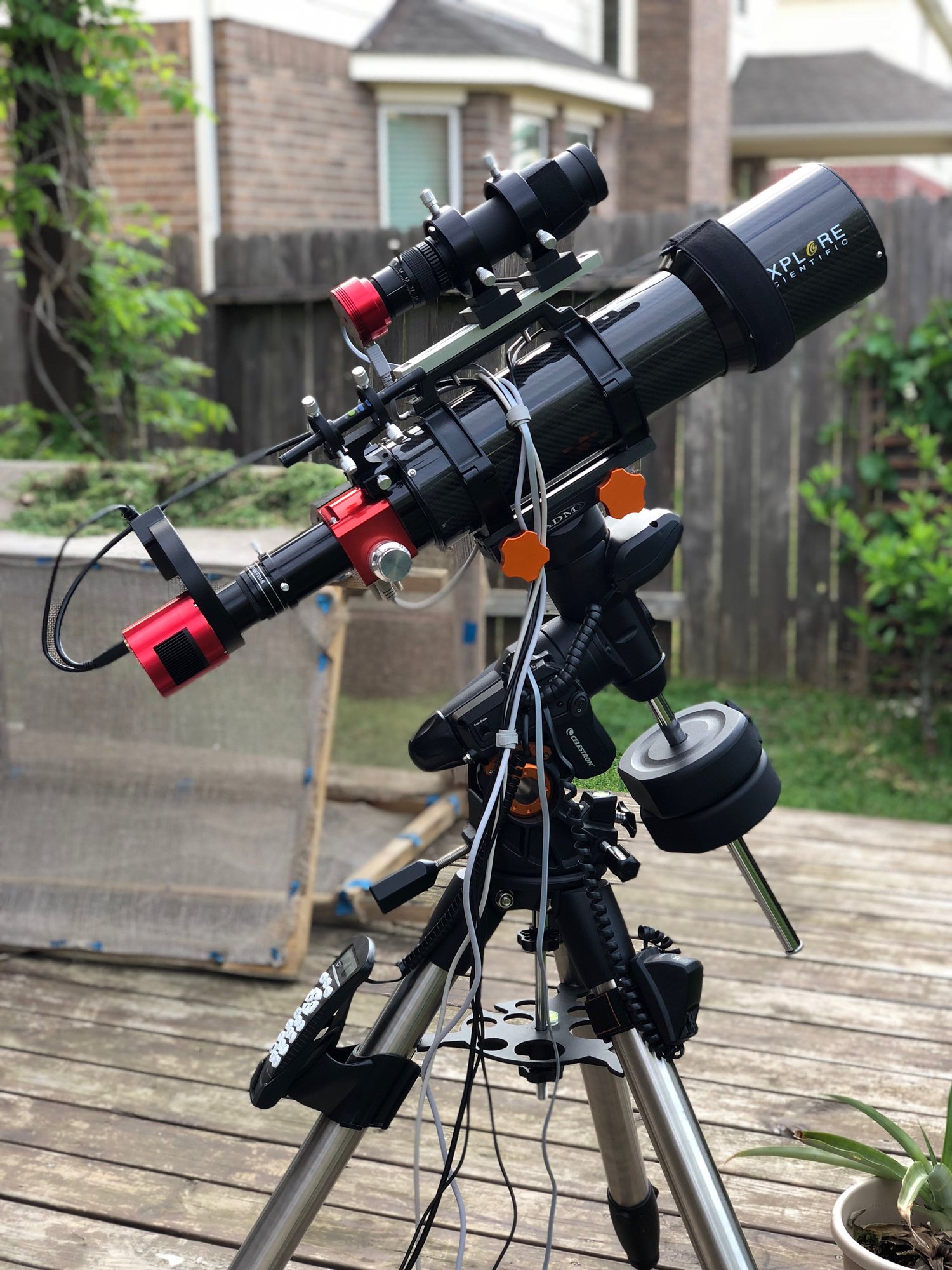 Yes, I do this now. Or I set it to refocus on filter change and have my filters change between 45 min to 1 hour. I also have tried changing with HFR increases.

The point though is to keep autofocus runs to a minimum. I probably lose an hour total a night due to autofocus runs. I do three measurements per position set to average the frame. I do full frame images and get the measurement. A run takes about 10 minutes, and I'll often see between 6-10 runs a night. I can obviously speed this up if I do subframe, and less images per position; at the expense of less accuracy. And because I don't want them running more often than 45 minutes to an hour, I always see a gradual decline even within that hour of my frame quality. I graph this in APP when processing my frames. Living in the south, especially this time of year, the temperature drops rapidly every night causing big fast changes in FWHM, especially on my larger scope (Edge 11).

Anyhow, this thread isn't really about solving my specific issues, but how to make things better for everyone. Comments or suggestions on best implementation for any suggested idea is welcome.

Andrew Burwell replied to the topic 'INDI sets wrong by-id port identification to PPBA' in the forum. 2 weeks ago

Just updated to 1.9 myself. I'm seeing the same issue with the DFMC. But my PPBA is connecting without issue.

I'm not sure it would be very easy to solve a hardware issue like that. Especially if it changes with altitude. Does it not slip during a focus run with high altitude pointing? I have multiple Crayford focusers that don't suffer from slippage (two Moonlite and my SW Esprit focuser). So I don't quite know how common of an issue this would be. And regardless of this specific problem, I'm sure both features would still help many.

It might be worth considering a new focuser, unless you can live with the issue it presents. I would assume, all the existing methods of focus will stay with the system, and you could continue to use those as you have.

Andrew Burwell replied to the topic 'KStars 3.5.3 Mac Beta --- Please test' in the forum. 2 weeks ago

I was able to connect all equipment and build a new dark library with the new feature. It all seemed to work well. Have not tried making a horizon, but others have shown it works good.

Andrew Burwell replied to the topic 'Can No Longer Connect to Pegasus Power Box and Focuser' in the forum. 2 weeks ago

My PPBA is connecting, but not the DFMC. Same error.