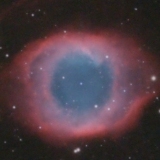 I have a variation on the above with a GUI,

Just rename it to *.sh

I have tested it on my Canon M3 and Canon RP, works great.

Petar Milevski created a new topic ' Canon RP - control and capture via built-in Wifi' in the forum. 9 months ago

Hi all, I'm wondering is anyone has had any success (or if it is possible) to control and capture images through indi using the built-in wifi on Canon R mirrorless cameras.

I have a Canon RP, it connects to indi on my Raspberry pi via wifi using the Canon DSLR driver. I know the camera is connected because is say " Now launch the Canon EOS Utility to control your camera" on the camera's screen, but then i try to trigger it, it obviously errors.

Instead of using the EOS Utility, i want indi to do the work without having to use a USB cable.

Is this possible? is it in the works?

Petar Milevski created a new topic ' ZWO AM5 Harmonic Drive Mount' in the forum. 9 months ago

Hi all, just curious to know if the new zwo mount is supported under indi?

Petar Milevski replied to the topic 'Zwo vs QHY' in the forum. 2 years ago

Hi all, my experience has been this. A few years ago i purchased a QHY163C. Initially everything was fine with using it with indi, but then QHY did a driver update and i was never able to get the thing to work. Even the cooling oscillated.

I rebuilt my computer(s) RPi4, tinkerboard, even my laptop, nothing helped.

After talking to QHY, their first response was does it work with Windows 10. I dont use windows so was never able to test it. It basically got to the point where i had to sell the camera because i just could not acquire or download photos.

I eventually bought a ZWO ASI 071 and have never had an issue with it using the same computer(s).

ZWO are on top of their game when it comes to drivers, but i suppose they have an interest in making sure things work under linux because they sell the ASI-AIR. QHY on the other hand, do not really seem to care about those who use anything linux.

Petar Milevski replied to the topic 'Astroberry Focuser V2.6 on Asus Tinker Board issue' in the forum. 2 years ago

Hi Rosario, yes i did.

I just had the wires going into it the wrong way around. I should use my glasses when working with GPIO's

Petar Milevski replied to the topic 'RPI4 GPIO driven focuser driver' in the forum. 2 years ago

I did a similar thing a while ago, but not a neat as you build. But i also added a small fan which keeps the rpi4 cpu temp in check.

Petar Milevski replied to the topic 'First try at a mosaic' in the forum. 2 years ago

pixinsight is pretty good at combining many images into a mosaic.

I have used in a few times in the past. see below

Petar Milevski replied to the topic 'Re:Mosaic planning' in the forum. 2 years ago

Hi Eris, thanks for your help. Ill keep an eye out for it.

Petar Milevski created a new topic ' Mosaic planning' in the forum. 2 years ago

Hi all. It's summer here is Australia so it's Orion imaging time. After a session last night of imaging the house head I thought maybe it would be great to capture a mosaic of Barnard's loop.

But I didn't think of creating my sequence file last night when I was set up. I don't use a rotator so I very rarely change the camera orientation.

This morning I was trying to create my mosaic files and obviously you can't because the camera rotation is unknown and you need to solve once to get this data.

Is there anyway to use my previous WCS and camera orientation data to build the sequence file without having To run the solver? IE offline using your previous sessions data as a starting point.